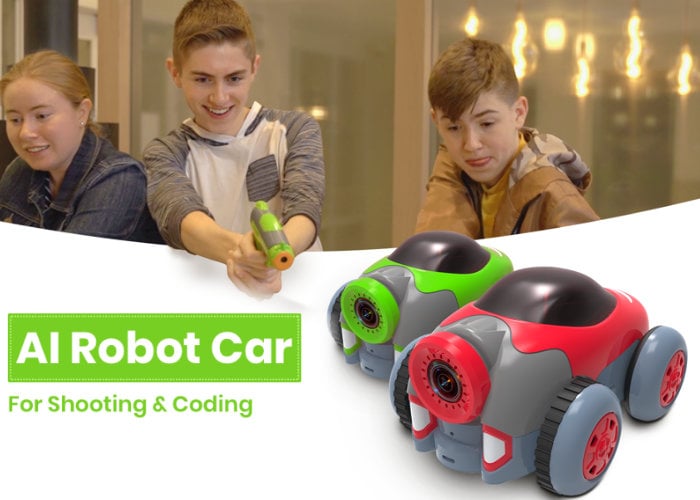 MaeGo based in Colorado Springs, has created a new robot target game which not only provides plenty of fun but also teaches the basics of coding thanks to its LIDAR obstacle detection and avoidance technology, on-board camera and real-time image processing system, mechanical gyroscope and the ability to code the robot using Python or Blockly. 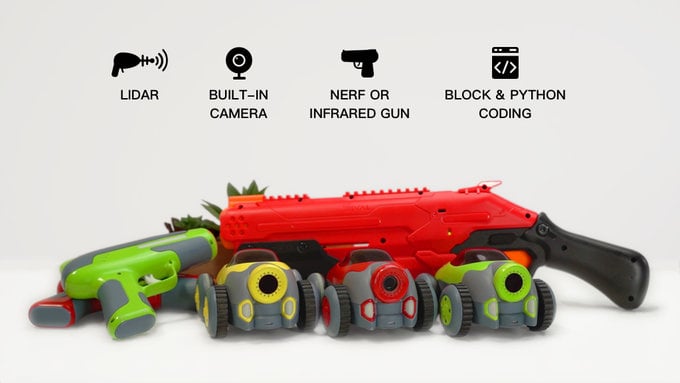 Watch the demonstration video below to learn more about the MaeGo which is now available to back via Kickstarter with early bird pledges available from $129 or roughly £103 offering a 28% discount off the recommended retail price. If all goes to plan worldwide shipping is expected to take place during July 2020. 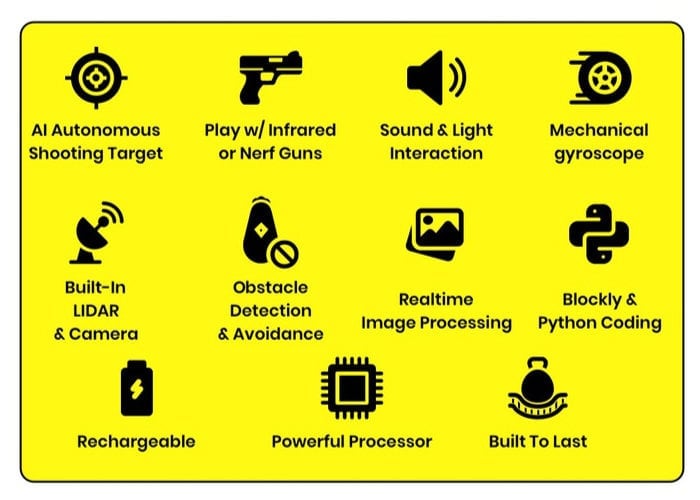 “MaeGo is the world’s first AI robot car that runs, stops, turns and performs preset tasks autonomously to play FPS games with you in reality. You can shoot infrared rays using the included guns or foam balls/darts from Nerf blasters at them in a multiplayer battle, having fun for hours with your families and friends.It employs sensors and LIDAR to detect and avoid shootings and obstacles, a camera to capture surrounding images and a processing system to identify AprilTag markers. It’s not just a toy, but also a great programming tool for your children to learn blockly and python coding.”

“MaeGo makes a perfect gift for your children to play shooting games. It is an autonomous moving target so engaging that it can keep your children entertained for hours. Practice shooting skills by yourself, enjoy the thrilling competition with friends or share the fun moments with family. It is compatible with the Nerf blaster or the included infrared gun, and will give interactive sound and light indications of hit points, added to the sense of achievement. MaeGo is hardwired to sense the directions of the strikes from infrared guns, and it uses a LIDAR detection system to identify obstacles during its movement.”

MaeGo is embedded with an apriltag library mapped with various preset game scenes, and equipped with a built-in front camera which captures realtime surrounding images for apriltag marker detection, allowing a wide variety of different applications to be created using the gravel robot. For more information on its side 3D positioning technology and identity tag recognition jump over to the official project page on Kickstarter via the link below. 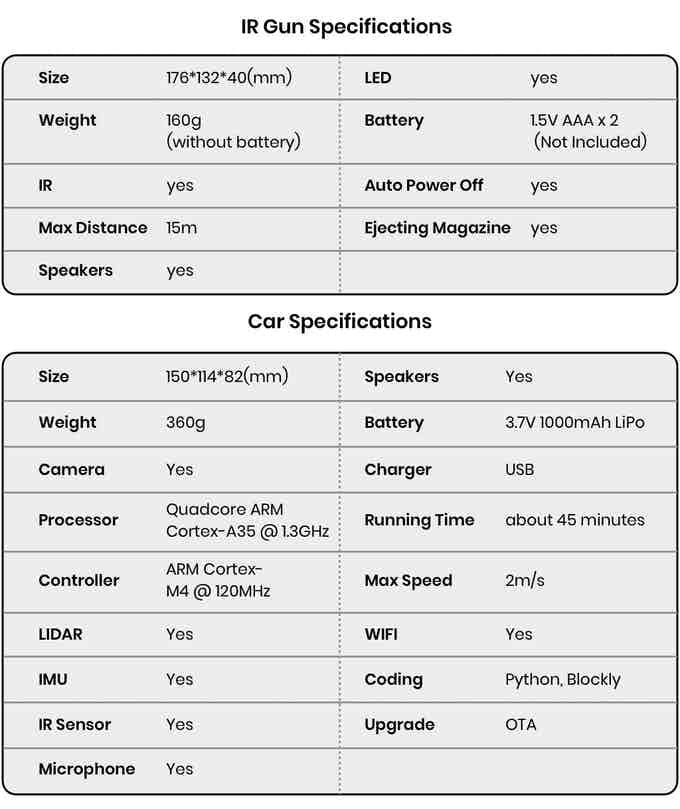