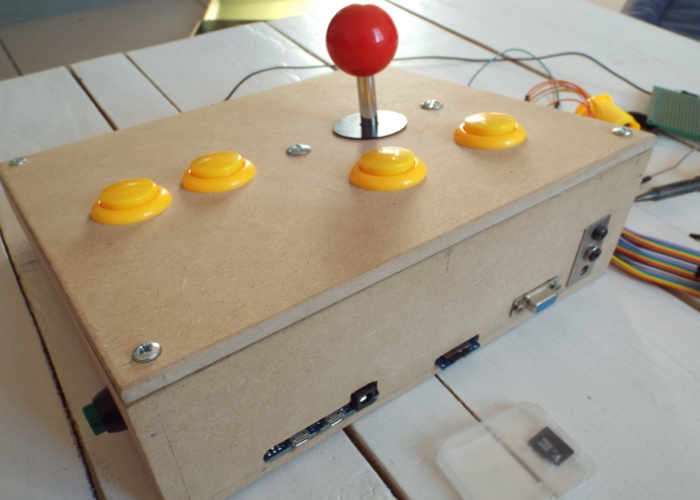 Developer Janicki Michel has created a Arduino powered programmable games console which is equipped with an Arduino Due 120×120 pixels in 256 RGB colors VGA display output.

As you would expect the console comes equipped with a 8-axis joystick 4 buttons, microSD card slot for you to load your games and emulation software as well as sound output and a reset button.

Fortunately the project doesn’t explain sufficiently what is actually included in the kit but the Kickstarter campaign page explains that the “games console only requires easy to find electronic components”.