A new iPad application has been launched this week called ProCutX, which has been created to provide Final Cut Pro X users a new interface on their iPad to be able to edit and navigate around their Final Cut Pro X projects.

ProCutX has been designed to enable users to break free from menus and tabs, allowing users to have control over all of Final Cut Pro X’s editing tools directly from the iPad interface included with the ProCutX iPad App. 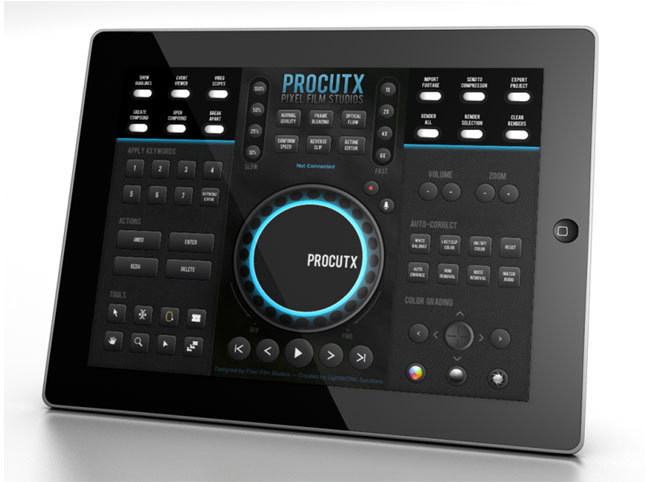 ProCutX has been developed by Pixel Film Studios, a California-based developer of visual effects tools for the post-production and broadcast community.

“Built from the ground up to meet the needs of today’s creative editors, PROCUTX breaks free from the menus and tabs to streamline editor tasks. This application gives users control over all the FCPX editing tools in one clean interface, eliminating the need for clicking and searching through the Final Cut Pro X menus. From import to export, PROCUTX can control every step of the FCPX editing process.”

The new ProCutX iPad application requires Final Cut Pro X version 10.0.7, together with an iPad running iOS 5.1 or later, and its developers already have plans to add  Siri-like voice command capabilities and support for multiple iPad integration in the near future.