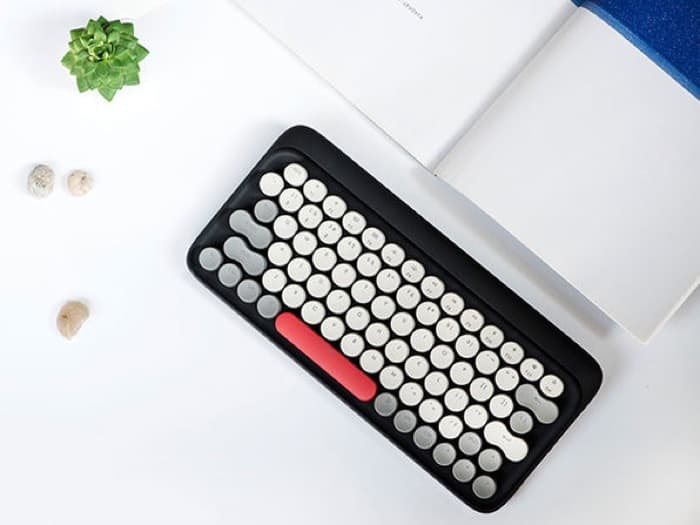 We have a great deal on the Lofree Four Seasons Wireless Mechanical Keyboard in the Geeky gadgets Deals store today, the device is up for pre-order and it is available with 28% off.

The Lofree Four Seasons Wireless Mechanical Keyboard is available to pre-order in our deals store for $99.99, it normally retails for $139.

Lofree is rising fast in the world of tech hardware and gadgetry and the Four Seasons Wireless Keyboard is just one of the excellent reasons why. The sequel to Lofree’s successful first keyboard, the unmistakable retro design is complemented by mechanical upgrades that make typing extremely simple. The improved keyboard layout and optimization of the switch under large-sized keys allows for less forceful typing, while backlighting lets you type on your iOS device, Android, or Windows PC in the dark.

You can find out more details about this great deal on the Lofree Four Seasons Wireless Mechanical Keyboard over at our deals store at the link below.

Note: Due to production delays, this model will begin shipping May 20th, a date that is still subject to change.