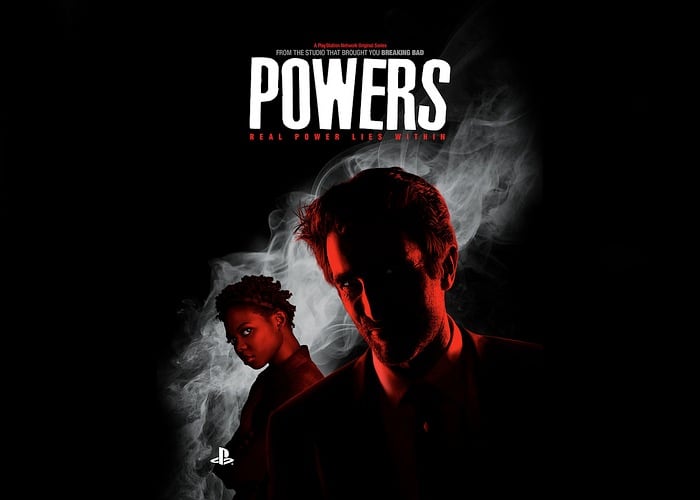 Fans of the Powers comic that also own a PlayStation games console might be interested in the first new trailer for the upcoming Powers TV series that is being made exclusively for Sony’s PlayStation Plus service.

Powers is a PlayStation original TV series that Sony is releasing for free to its PlayStation Plus members, and which has been produced by Sony Pictures Television, the studio behind the likes of the Breaking Bad TV series.

The Powers PlayStation TV series is based on the Powers comic and co-creator Brian Bendis takes the role of executive producer from the creation of the PlayStation original series :

“Powers tells the story of homicide detectives Christian Walker and Deena Pilgrim, who are ordinary detectives working on cases that just so happen to involve people with extraordinary powers.

As we speak, the show is filming in Atlanta under the showrunning genius of Charlie Huston, the critically acclaimed crime novelist. Every day I get to sift through the footage from the day before and every day I smile ear to ear because the show looks so good and the actors are giving amazing performances.”

The trailer below was unveiled at the recent New York Comic Con. Unfortunately though no Powers release date has been announced as yet but as soon as Sony do we will keep you updated.