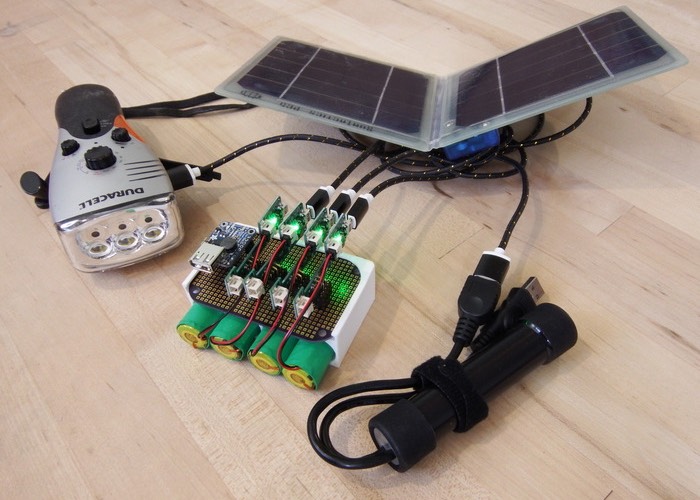 Makers that are in need of a modular battery system that is capable of being recharged via a USB connection, might be interested in a new modular power pack that has been created by Isaac Porras called the Power Stacker.

The Power Stacker has this week launched over on the Kickstarter crowdfunding website with the aim of raising $10,000 to make the jump from concept into manufacture.

The Power Stacker consists of four rechargeable batteries that can be used together for more power intensive projects or split down to power smaller projects. Porras its creator explains a little more.

“Power Stacker does what other USB rechargeable batteries have failed to do, and that’s the ability to combine together for increased battery capacity or separate in to many small batteries for smaller projects. You can literally use the same Power Stacker batteries for many years across many applications!

Another unique feature of Power Stacker is that each battery receives its own charge controller, which guarantees true cell balancing and makes sure that each battery is charged to the right voltage in real-time even while charging and/or discharging.

You can also connect multiple energy sources to Power Stacker like solar panels, dynamos, and other USB power sources to increase the charge current to the battery pack.”

For more information on the new Power Stacker jump over to the Kickstarter website for details via the link below.