If you are a Portal game fan and a little disappointed at the delayed release of the sequel Portal 2. This replica Portal gun might help keep you going until the new game is released.

This replica Aperture Science Handheld Portal Device (ASHPD) or Portal Gun has been created by prop designer Harrison Krix at Volpin Props and is now being auctioned for charity. The detailing on the replica Portal gun are fantastic, for a closer look watch the video after the jump. 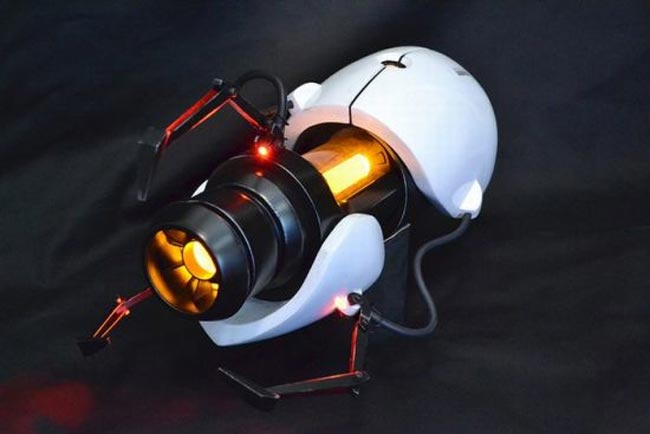 The Charity the money will be donated to is a called Child’s Play and has been setup by the web comic Penny Arcade, who organises toy drives for children stuck in hospitals.

If you are interested in owning your very own Portal gun this replica will be auctioned at a charity dinner in Seattle on December 7th, complete with a base signed by the creators of Portal at Valve.