If you are a Portal 2 fan this Portal 2 Wheatley Puppet will definitely bring a smile to your face. Its been created by puppeteer and cosplay enthusiast TRP-Chan, who has brought the robo-ball Wheatley to life outside of the Portal 2 game using puppeteer skills.

The Portal 2 Wheatley Puppet is roughly 12 inches across and can be moved using a hole in his back to access its controls. Watch Wheatley in action after the jump. 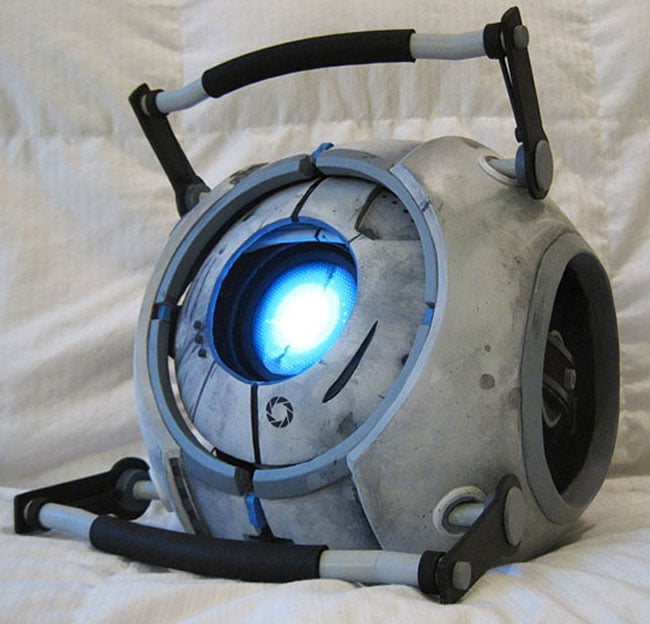 The Wheatley puppet plays 10 quotes from the Portal 2 game and both his eye plate and eye lids move using the internal controls providing the puppeteer with accurate control for expressions as the audio quotes are played.

” The audio buttons alone account for a ton of wires. Ten buttons and pos/neg to each means before you even start counting things like amp, speaker, audio chip and his LEDs, there’s 20 wires snaking around in there taking up space. “