Valve has published a mysterious Aperture Science timer on its Portal 2 website counting down from 2 hours and 36 minutes at the time of writing this article.

First guesses are suggesting that the lucky ones who have pre-ordered the new high anticipated Portal 2 title will be able to play this game in a little over 2.5 hours.

Originally Portal 2 is reportedly due for release on the PlayStation 3, PC, Mac and Xbox 360 on April 18th 2011., but is this about to change? When it comes to Valve and Portal 2 anything is possible. 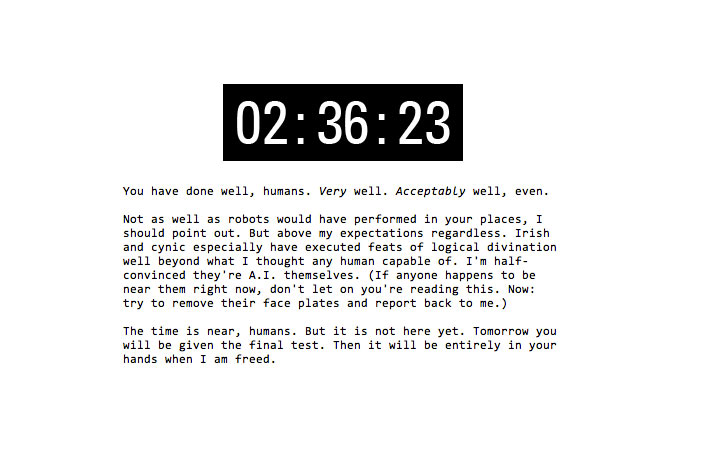 Portal 2 contains platforming and physics-based puzzles using the Aperture Science Handheld Portal Device (ASHPD, otherwise known as the portal gun, a device that can create a temporary wormhole between any two flat surfaces, to help you navigate the levels and conquer the game.

As more information comes to light within the next few hours we will keep you posted.