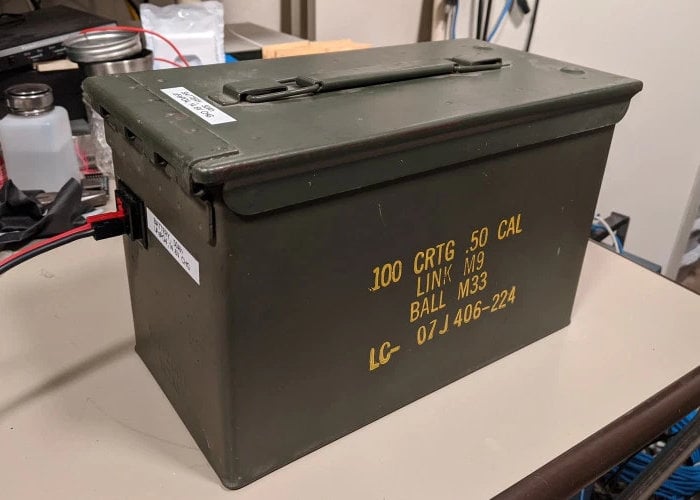 If you are searching for inspiration to keep you busy over the next few weeks, you may be interested in this unique portable power supply created from a 50 caliber ammo pack. It’s creator Kenneth Finnegan has created a 50 amp hour portable power supply using four 3.5 V LiFePO4 cells wired in series to achieve a nominal 12 V supply that stands in for a traditional lead-acid battery.

“I was recently hanging out with one of my electronics buddies while he was browsing eBay, and he found a bulk lot of eight raw 50 amp-hour LiFePO4 cells from a seller for about $400. A good deal, particularly because the seller said these had been purchased for a project which ended up being canceled, so these were practically new off the shelf cells!

The problem was, my friend was only interested in building a 4S 12V pack (4 series cells x 3.5V ~ kind of equals 12V), so since my unsuspecting ass was sitting there, and he was so persuasive, surprise! I now own four raw prismatic 50Ah lithium battery cells. To give you a sense of scale, each of these cells is about the size of a paperback book, with two studs on the top for the positive and negative terminals. The eBay lot happened to come with the cell spacers and busbars, so all that was missing to build these into a full battery pack was a battery management system module and an enclosure.” 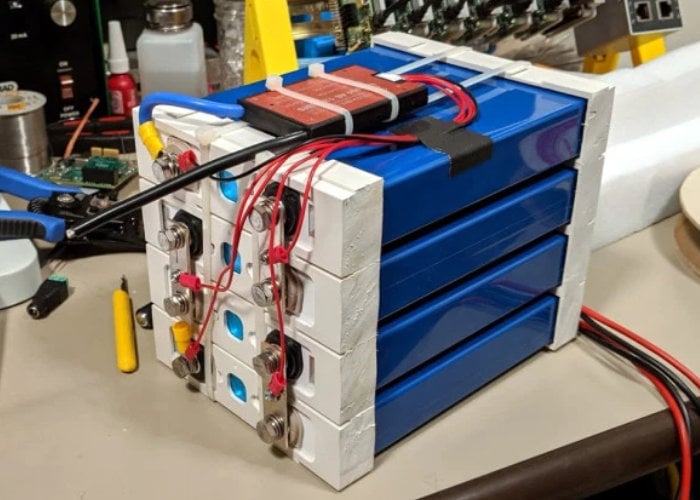 Features of the portable power supply include :

– 20Ah is a decent battery capacity for a small load
– The packaged Bioenno pack left some space inside the box to also store the charger it came with, some PowerPole accessories, etc.
– The fact that you’re able to close up the box and use the power connectors on the outside once you’re using it is real nice.
– Bioenno battery packs are well packaged and fairly idiot proof since the battery management/protection board is built into the pack so it’s hard to really harm these.

For more details on the build jump over to the life of Kenneth website by following the link below.