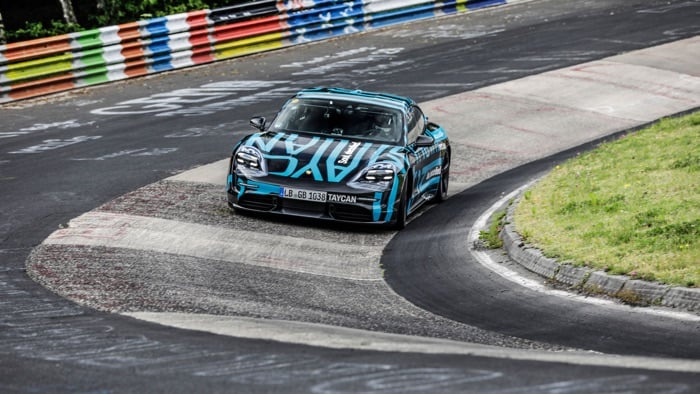 In just over 24 hours Porsche will unveil one of their most important cars, the new Porsche Taycan, the reason this car is important for the company is that it is their first all electric car and we are expecting some big things from Porsche.

This new Porsche Taycan will be unveiled in a live streaming event tomorrow, the event will take place at 3pm CEST and it will be hosted by Mark Webber, you will be able to watch the live stream in the video below or live on the Porsche website.

The premiere locations stand for three forms of sustainable energy and are located in the most important sales markets of the new electric sports car: Niagara Falls at the border between the US state of New York and the Canadian province of Ontario represents hydropower. A solar farm in Neuhardenberg near Berlin represents solar power. The wind farm on Pingtan Island, around 150 kilometres from the Chinese city of Fuzhou in the province of Fujian, represents wind power.

Premiere of the new #Taycan: #Porsche will reveal the all-electric sportscar on 4th September. Watch it live on https://t.co/e3Er20H448! #soulelectrified pic.twitter.com/mtAYOqz7hP

From what we have seen so far of the new Taycan this is going to be a very popular electric car, Porsche has already had to double production to meet demand for the car. We will have full details on the new Taycan when it is unveiled tomorrow.