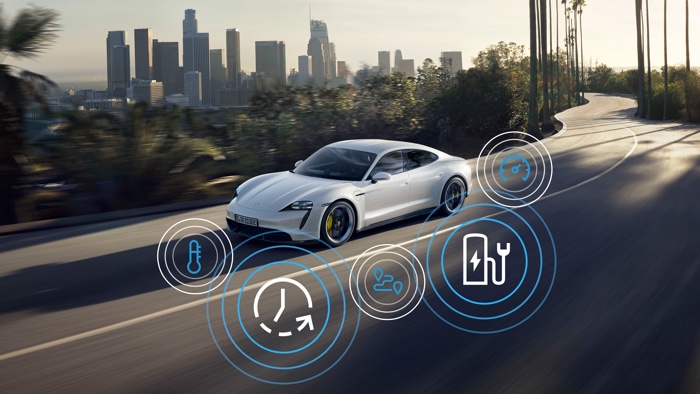 Porsche has announced that their Porsche Taycan Turbo S is getting some upgrades, this include easier charging and also faster acceleration.

There is now a new Plug & Charge function which comes with encryption and will start your charging automatically and also pay for it.

Additional innovations include vehicle functions that can be flexibly booked online (Functions on Demand, FoD), a head-up display in colour and an on-board charger with a charging capacity of up to 22 kW. In future, the adaptive air suspension will feature a Smartlift function.
The acceleration values of the Taycan Turbo S (Taycan Turbo S: Electricity consumption combined 28.5 kWh/100 km; CO2 emissions combined 0 g/km (as of 08/2020)) have also been improved. With Launch Control, it now sprints from zero to 200 km/h in 9.6 seconds, thus undercutting the previous time by 0.2 seconds. It covers the quarter-mile in 10.7 seconds (previously 10.8 seconds). As before, the Taycan proves its performance capability multiple times in succession without any drop in performance, which is typical of a sports car.

You can find out more details about the changes coming to the Porsche Taycan and the new features over at Porsche at the link below.