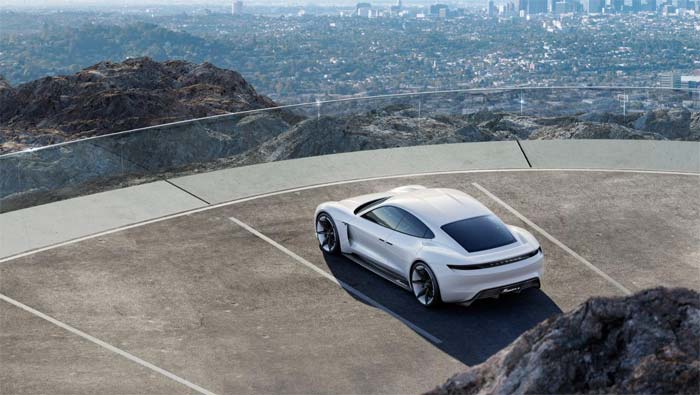 Porsche has an entire page up that goes over most of the tech details of the coming EV called the Taycan. That car was known as the Mission E before and will compete directly against Tesla and other EV sports cars out there. The Taycan will pack 600hp of electric performance under the hood.

The car will feature an 800V system that can be fully charged in about 15 minutes from Porsche’s 800V charge network. Porsche has built what it calls “3 figures worth of prototypes” in Taycan development. It won’t say exactly how many that means, presumably at least 100. While the torque figures are a mystery, the 600hp EV will be able to reach 100kmh in under 3.5 seconds and hit 200 kmh in under 12-seconds.

The car uses permanently excited asynchronous motors (PSM) of the same type used in the Le Mans-winning 919 Hybrid racer. Those motors are powerful, compact, and the Taycan uses two. One drives the front wheels and the other drives the rear wheels. The battery pack uses 400 cells each with about 4V flowing through them. The car is good for about 500km of driving on a full charge.