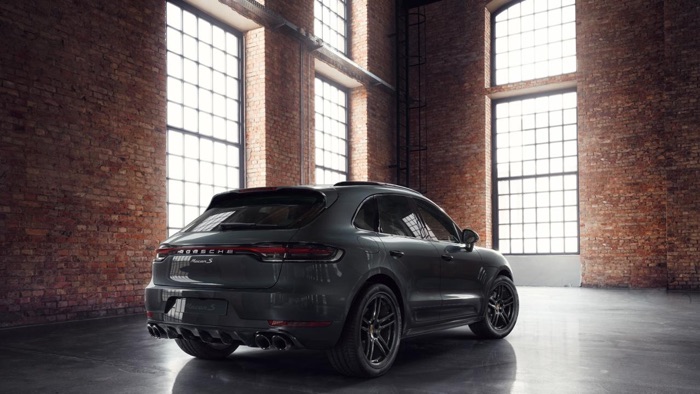 Porsche has revealed a new vehicle as part of its Porsche Exclusive Manufaktur program, the Porsche Macan S.

Porsche recently launched an update Macan S and now they have launched an exclusive version of the SUV with a number of upgrades.

The Macan S, with a Volcano Grey Metallic exterior, incorporates additional equipment that differentiates the vehicle from the series model both technically and visually. The optional sport exhaust system with distinctive tailpipe design in silver or black, represents an example of a technical vehicle optimisation. Sport exhaust systems create a sportier and more emotional sound than is achieved in series production systems, and here the powerful acoustic effect can be activated using a button on the instrument panel in the centre console. The external sound is optimised by a special sequence of the exhaust supports and rear silencers included in the exhaust system. This helps to ensure that all Exclusive Manufaktur sport exhaust systems are legally compliant with noise-related standards.

You can find out more details about the Porsche Exclusive Manufaktur Macan S over at Porsche at the link below.