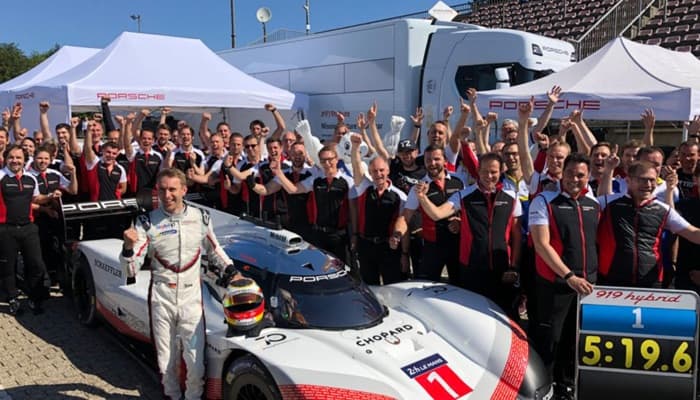 The Porsche 919 Hybrid Evo is a development of the Le Mans prototype with which Porsche won the Le Mans 24-hour race in 2015, 2016 and 2017 as well as the FIA World Endurance Championship three times in a row – manufacturers’ and drivers’ titles respectively.

You can find our more information about the Porsche 919 Hybrid Evo and their new record over at Porsche at the link below.