A while back we heard that Porsche were test driving their new 918 Hybrid Spyder, and now Porsche has released some new photos of this hybrid supercar along with some more details.

The Porsche 918 Hybrid Spyder is due to go into production at the end of 2013, and the photos below are of a prototype of the 918 Spyder which take their inspiration from Porsche’s 917 racing cars. 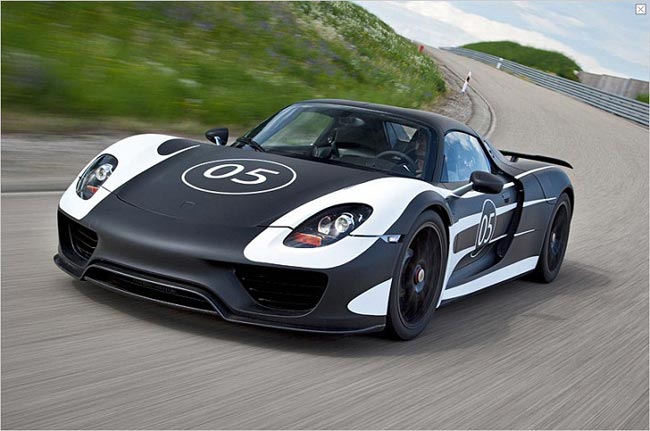 The 918 Spyder will come with 770 horsepower and will be capable of doing around 78 mpg, thanks to its 4.6 liter v8 engine and two electric motors, it will have a top speed of over 200mph. 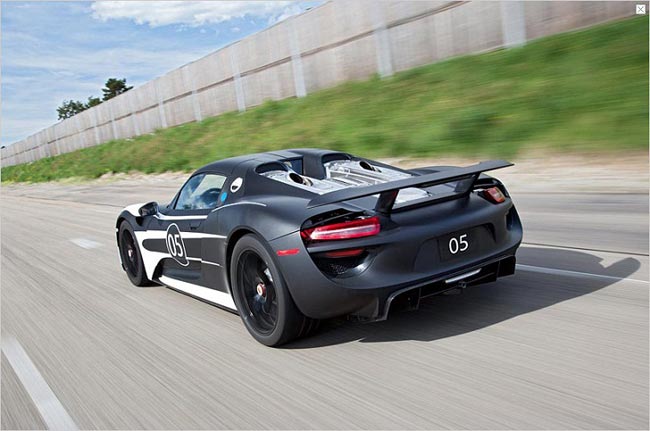 Porsche have yet to announced how much their new 918 Hyrbid Spyder will retail for, but we suspect this could be one of Porsche’s most expensive cars to date.