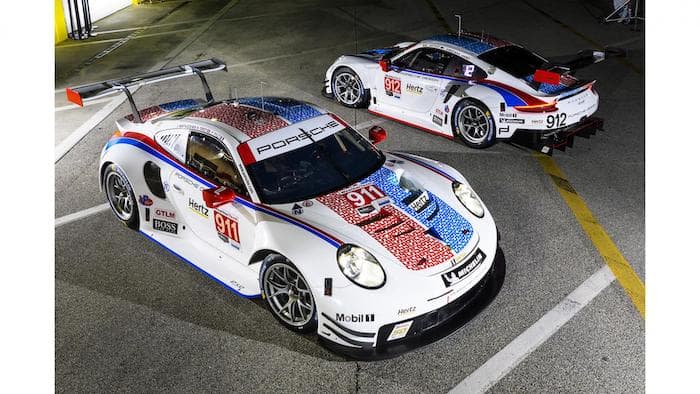 Porsche has revealed that its GT team has sent two Porsche 911 RSR cars to this years 24 hours of Daytona and this years cars will fly the colors of the Brumos Team. 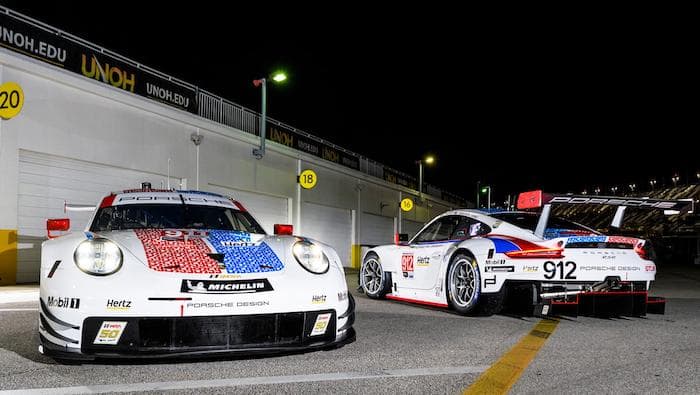 The squad from Jacksonville (USA) was active in the North American motor racing scene for over five decades. Claiming four overall victories at the Daytona endurance classic makes Brumos one of the most successful teams in the history of the race. For Porsche, adopting traditional vehicle designs last year was unfailingly linked with wins. The Porsche 911 RSR tackled the 24 Hours of Le Mans in the famous “Pink Pig” livery, with the sister car making the one-two result perfect in the “Rothmans” colours. At the season finale of the 2018 IMSA SportsCar Championship at Road Atlanta, the 911 RSR drove to victory in the iconic factory design of the Porsche GT1 from 1998.

You can see more details about these Porsche 911 RSR with their Brumos Team colors over at Porsche.