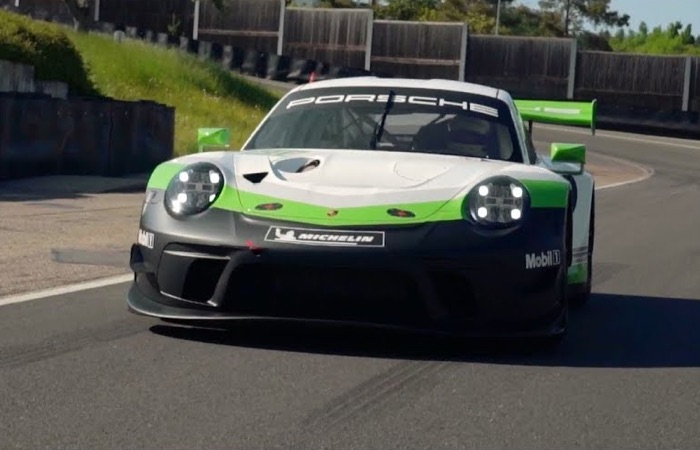 Porsche unveiled their new 911 GT3 R recently, the car is basically a track only version of the Porsche 911 GT3 RS and now Porsche has released a new video featuring both cars.

The Porsche 911 GT3 R comes with a 550 horsepower and it features the same flat six four litre engine found in the 911 GT3 RS have a look at the video below.

The 911 GT3 RS features 4.0 litre naturally aspirated engine , it comes with an impressive 520 horsepower. It has a 0 to 60 miles per hour time of just 3 seconds and a top speed of 193 miles per hour.

The 911 GT3 R is basically a fully fledged race car that Porsche is selling to its customers, the car is only designed for the track and not for the road.