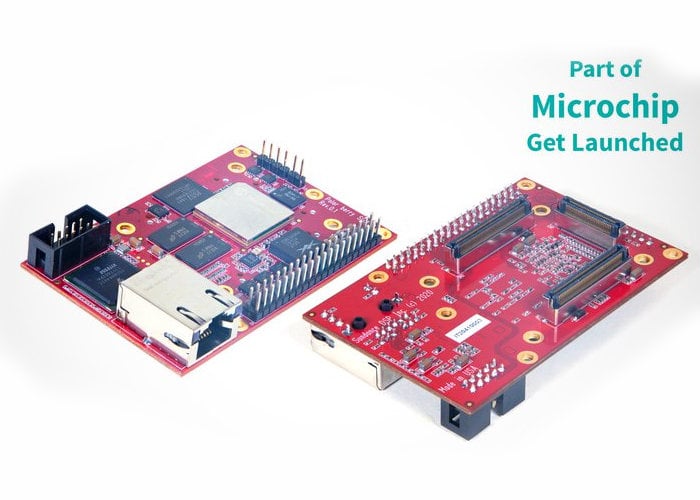 PolarBerry is the first production- and deployment-ready SoM with a hardened real-time, Linux-capable, RISC-V-based MPU subsystem bringing low power consumption, thermal efficiency, and defense-grade security to embedded systems. With a deterministic, coherent RISC-V CPU cluster and a deterministic L2 memory subsystem enabling Linux and real-time applications, PolarBerry is the ideal SoM for users who are looking to develop systems which are not based on ARM processors.

“With its defense-grade security, PolarBerry is an ideal SoM for applications where security is paramount. PolarBerry offers all the important attributes for a strong SoC FPGA design security at no cost to the system developers.Polarfire offers several interfaces, including a Raspberry Pi-compatible connector which gives developers access to most RPi HATs for prototyping and development. There’s also one RJ45 connector of Ethernet, two CAN bus interfaces, and a JTAG programming interface. If used with a carrier board, PolarBerry offers many more interfaces, including 4 x SERDES lanes at 12.5 Gbps for applications like imaging that required high-speed data communications.”

PolarBerry utilizes the PolarFire FPGA fabric and RISC-V processors to provide high levels of security for real-time applications. It features advanced code and bitstream security and anti-tamper engines. These measures give PolarBerry previously unheard-of, defense-level security for an SBC/SoM:

For full specifications jump over to the official Crowd Supply product page by following the link below.