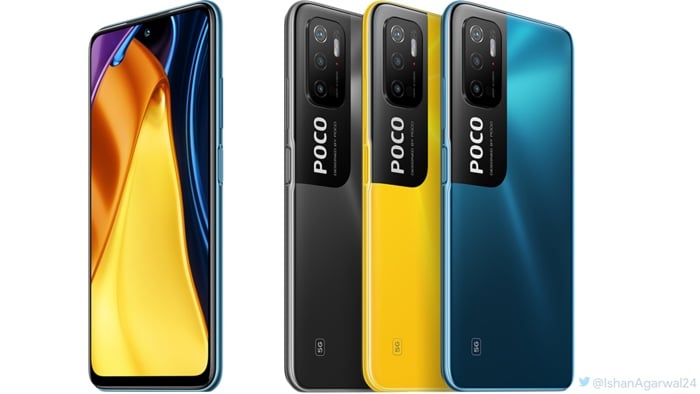 The new Poco M3 smartphone launched at the end of last year and now we have details on an other version of the device, the Poco M3 Pro 5G.

The new Pro 5G version of the handset will apparently come with  MediaTek Dimensity processor and it will also come with 5G and a range of other upgrades.

The original Poco M3 smartphone featured a 6.53 inch IPS LCD display that features a FHD+ resolution and it came with 4GB of RAM and it is available with two storage choice, 64GB or 128GB.

It looks like this new Poco M3 Pro 5G smartphone will be replacing the original Poco M3, the new device is expected to retail for the same price as the original.