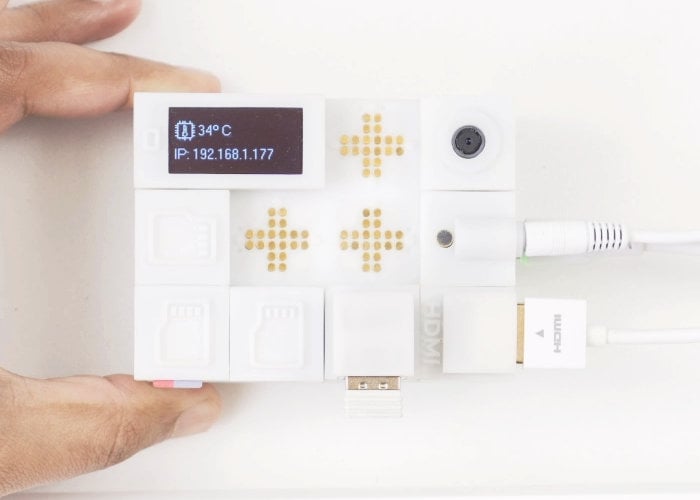 PocKit is a new modular computer made for the real, physical world, offering users a powerful, versatile Core, you can attach BLOCKS, the modular components of the computer which can be combined in a wide variety of different combinations to offer a versatile solution to suit almost any application. Check out the video below to learn more about the PocKit modular computer which is still under development.

“Pockit goodness + a tiny Raspberry Pi module. This video shows me quickly assembling and using a Linux PC, then transforming it into a handheld. So, Pockit’s real-time interaction with Blocks can now be married with the accelerated capabilities of a Linux-capable processor. The video (1st item) shows various possibilities with this combination.”

Features of the PocKit modular computer include :