Entourage has confirmed that their new Pocket Edge e-reader will be available towards the end of October after a unceremonious leak of the device over the weekend by California Governor Arnold Schwarzenegger.

The new Pocket Edge is a smaller double screened e-reader with an older generation E Ink touch display on the left and a seven-inch touchscreen LCD on the right. 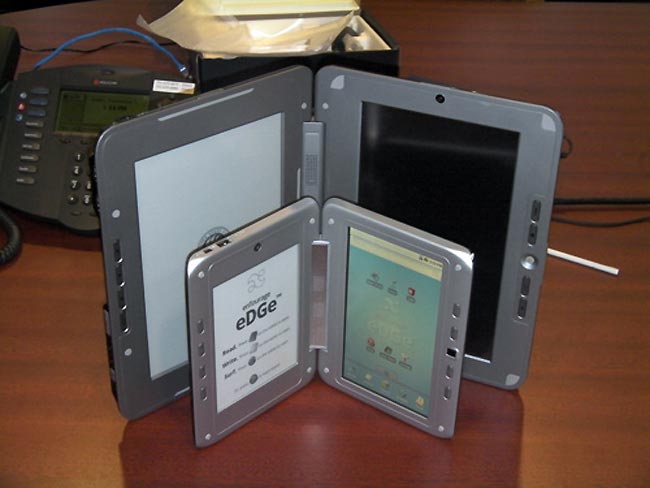 The layout of the Pocket Edge has also be redesigned to take in to consideration its smaller form factor. With the camera now located above the E Ink screen and replacing the navigator near the LCD with an optical trackpad.

The ports have also been slimmed down a little with now only one USB port and a microSDHC card slot. The battery is now also not removable but the weight is now a little easier to bare down to 1lb rather than the 3lb weight of the 9.7 inch original e-reader.

Unfortunately there are still do details on pricing but the Pocket Edge should start to ship in late October.