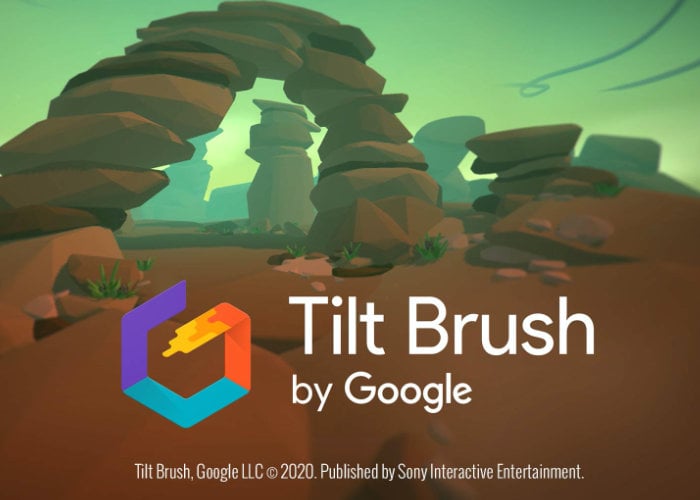 The virtual reality Google Tilt Brush painting application was first launched back in 2016 and will soon be available on the PlayStation VR platform according to PSN data obtained by Gamstat. The gleaned data indicates that a listing for Tilt Brush has been recently created for America, Europe and Japan regions. America – CUSA18125_00 – Europe – CUSA18231_00 – Japan – CUSA18283_00_

The image above has also been discovered indicating that the Google Tilt Brush application could soon be available on the PSVR hardware. “Tilt Brush lets you paint in 3D space with virtual reality. Unleash your creativity with three-dimensional brush strokes, stars, light, and even fire. Your room is your canvas. Your palette is your imagination. The possibilities are endless.”

Google Tilt Brush supported by a wide variety of different virtual reality headsets including Vive, Oculus, Windows Mixed Reality and the new Valve Index. Features of the drawing application include :

– Dynamic brushes – From ink and smoke to snow and fire, explore the wonders of a virtual palette.
– Intuitive interface – Doodler or expert – unleash your creativity in no time.
– Poly integration – Upload your creations to the web and explore art from a new perspective with Poly.
– Toolkit – Open source libraries for extending your art.