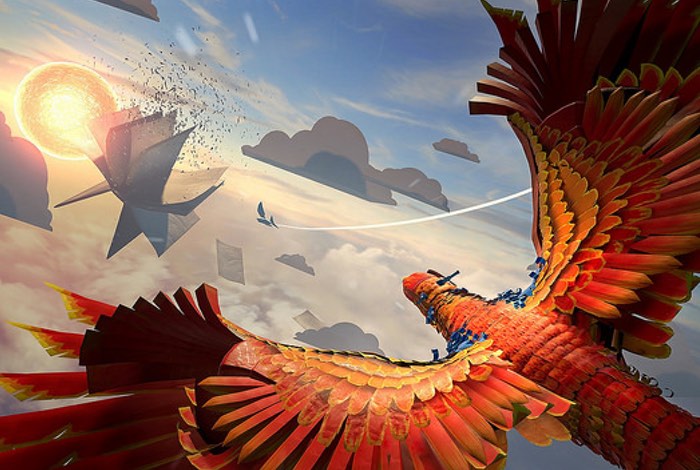 Following on from yesterday’s release of a new trailer for Tethered a PlayStation VR launch title which is currently in the final stages of development and will be ready for action when the PS VR headset launches in October.

Tom Turner from Penny Black Studios has taken to the official PlayStation blog to introduce a reveal trailer for the new PlayStation VR game How We Soar.

The UK based studio is made up with former members of the relevant studios such as Free Radical Design and Crytek who joined forces last year to create virtual reality games. Check out the trailer for their first game below to learn more about what you can expect from the studio.

How We Soar is a VR flight experience that gives you the chance to take up the reins of a beautiful, giant Phoenix and explore an enchanting world. With your DualShock 4 controller becoming your reins, you will find yourself seated on the back of this mythical creature and in full control of its every swoop, glide, and dive.

Your Phoenix can gain great speed as you fly, giving a thrilling VR experience as you rush past the environment. Or you can just take it easy, even slowing down to a hover, just so you can take in the scenery. How you fly is entirely up to you! Everything from the environment to the characters to the Phoenix itself is fashioned in a unique papercraft art style, giving everything you see a very distinct and tactile appearance. One of the coolest things about the game is how you interact with the world around you. Each level that you enter will appear strangely shredded, torn and unfolded.

For more information on the new How We Soar jump over to the PlayStation Blog website for details by following the link below.