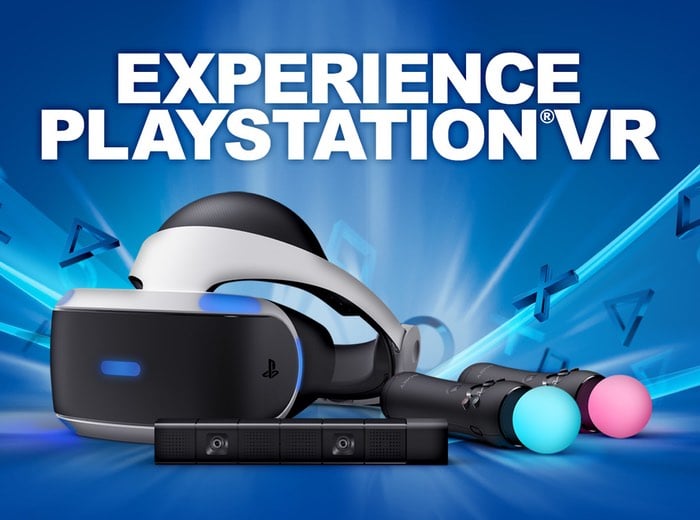 With the launch of the highly anticipated Sony PlayStation VR headset edging ever closer to its October 13th 2016 release date, a few lucky journalists have been able to get their hands on the PlayStation VR hardware ahead of its official retail launch.

To re-cap the hardware specifications for the new virtual reality hardware include an OLED display resolution of 960×1080 for each eye, together with a display refresh rate of 90Hz or 120Hz depending on use, as well as a field of view at approximately 100 degrees.

When the PlayStation VR headset launches it will be priced at $399 but you also need a PlayStation camera if you do not already own one which will set you back an additional $59. The TechCrunch website explains a little more about what they are thoughts are on the new virtual reality technology created by Sony :

I’m a fairly tall dude at 6’3″ so I may have stretched the vertical limits of the camera but it was a little disheartening that it could barely fit my whole body in it while I was standing in the center of my living room. The floor generally wasn’t fully tracked so in games like Job Simulator when I dropped a virtual donut on the floor there wasn’t much that I could do. I tried quite a few setups and nothing seemed to hit that sweet spot, which was actually quite frustrating given it really limited me in a few titles.

Certain games seem more aware of this shortcoming than others. When I dropped a key on the floor in Batman: Arkham VR, it quickly appeared on a table in front of me. This isn’t a deal breaker or anything but it’s odd that they wouldn’t have at least fixed this in the updated PS4 camera which they only announced last month.

The Move controllers, which were originally introduced in 2010, certainly feel a bit dated in terms of tracking capabilities but they actually performed better than I had expected. The tracking works with the controllers (as well as the headset) thanks to their large glowing LEDs that are tracked by the PS camera. These are, again, not as good as the Rift or Vive, but you can also buy one for $25 on Amazon which is kind of crazy.

The TNW has also been able to get an early look at the new PlayStation VR hardware and explains :

PlayStation VR is a huge leap in virtual reality. For Sony though, the leap could just as easily be off the face of a cliff should the hardware fail to deliver. As with most things, the key to mainstreaming is putting it in the hands of the masses, a move simplified by integrating the headset with the most popular gaming console on the market.

Let’s cut to the chase; Sony isn’t going to dethrone Oculus or HTC. It’s not an apples-to-apples contest, and in all honesty it’d be unfair to even make the comparison. We’re going to do it anyway. Being able to skip the $1,200+ gaming rig and plug $399 worth of hardware into your existing console is nothing short of game-changing. Unlike Oculus and HTC ($599 and $799 respectively) — both of which require some rather exceptional PC specs to run — the PlayStation VR allows consumers to purchase $399 worth of hardware and start gaming in virtual reality almost immediately.

Not everything is a major win, but there are enough significant leaps in its first go-round that its minor shortcomings are easily forgivable. Sony has some ground to make up on specs, and while touching the resolution numbers of HTC or Oculus would be nice, lowering the latency even further would help to reduce the nausea-inducing effects of VR gameplay. If you’re prone to motion sickness, as I am, it’s best to take frequent breaks.

For the full reviews on the new PlayStation VR hardware jump over to the respective sites via the link below.