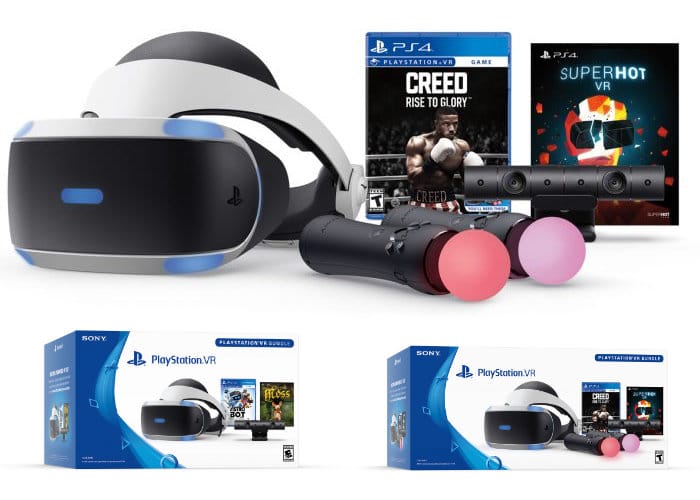 Sony has this week unveiled two new PlayStation VR bundles which ship with two games included in each allowing you to get up and running with the new virtual reality headset and controllers as quickly as possible. “Jump into the action with the PS VR Creed: Rise to Glory and Superhot VR Bundle, or go on an adventure with the PS VR Astro Bot Rescue Mission and Moss Bundle.”

The first bundle takes the form of the PS VR Creed: Rise to Glory and Superhot VR : “Experience the ascent of Adonis Creed from scrappy underdog to prize fighter: train with the legendary Rocky Balboa, feel yourself become stronger, and take down opponents in boxing’s most iconic rings. Phantom Melee Technology will make your avatar feel every punch, uppercut, and flurry through situational desynchronization, including fatigue, staggering, and knockouts in Creed: Rise to Glory. Superhot VR is a shooter title reimagined and redesigned from the ground up for VR and hand-tracking controllers.”

The Second takes the form of the PS VR Astro Bot Rescue Mission and Moss Bundle ; “Astro Bot Rescue Mission is a brand-new platformer, developed exclusively for PS VR, which sends you on an epic rescue mission to save fellow crew members dispersed throughout space. Run and jump in 360 degrees and experience the thrills of classic platforming re-invented for PS VR. Meanwhile, Moss is an action-adventure puzzle game that transports you to expansive environments brimming with beguiling creatures, as you embark on a journey to help a young mouse named Quill.”