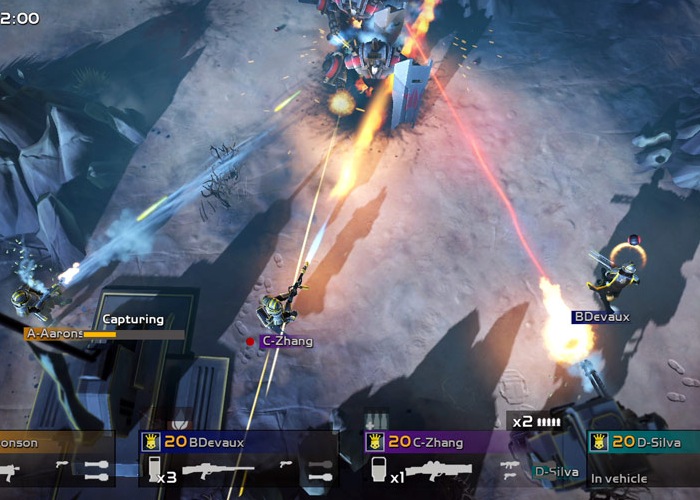 PlayStation gamers patiently waiting for the arrival of the upcoming top down shooter game PlayStation Helldivers, currently under development by Arrowhead Game Studios, are sure to enjoy this demonstration of Helldivers gameplay and interview with the game Studios CEO.

The new PlayStation Helldivers game will be launching sometime later this year and will be exclusively available on the PlayStation 3, PlayStation 4 and PlayStation Vita game consoles.

Helldivers gameplay is carried out on one of several randomly-generated maps, during which players must accomplish a series of tasks. During a game players are equipped with a several weapons to accomplish their goals and can also uses a variety of special skills, called stratagems. Also if you are looking for a real challenge the game’s difficulty can be set to one of three levels: Challenging, Hard, or Hell Dive.

“Helldivers is set in a dystopian future where mankind is ruled by a managed democracy. As part of the elite unit called the Helldivers, players must work together to protect Super Earth and defeat the enemies of mankind in an intense intergalactic war.”

For more information on the new PlayStation Helldivers game currently under development jump over to the official PlayStation website for details.