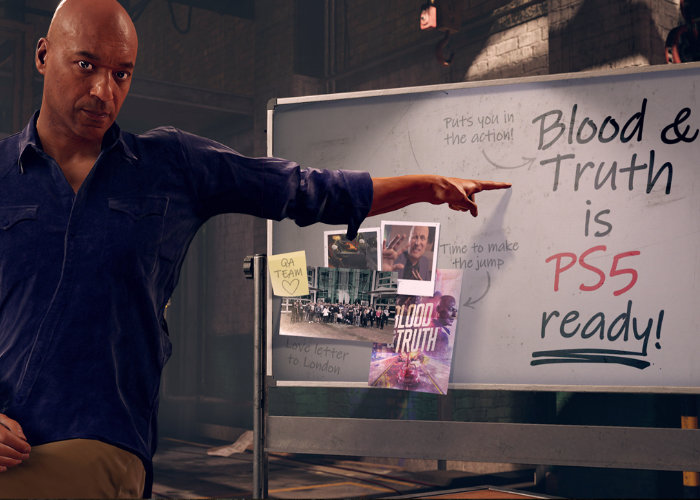 PlayStation exclusive Blood & Truth, the first-person shooter developed by SIE London Studio and published by Sony Interactive Entertainment, has received a new update for the PlayStation 5. Enabling both PlayStation 5 and PlayStation VR gamers to enjoy the single first person shooter in 4K at 90 frames per second. Check out just under 10 minutes of gameplay below, captured from the new PlayStation 5 console which launched last week.

“Players assume control of Ryan Marks, a former Special Forces soldier who must save his family from a London crime boss. Players can hide behind cover and pick up different guns to shoot enemies. To move in the game, players only need to look at a spot and press a button. The playable character will then automatically move to the spot. Players can also interact with different objects.”

Blood & Truth has been built using the unreal Engine 4 and was originally launched on the PlayStation 4 and PSVR platform during May 2019.