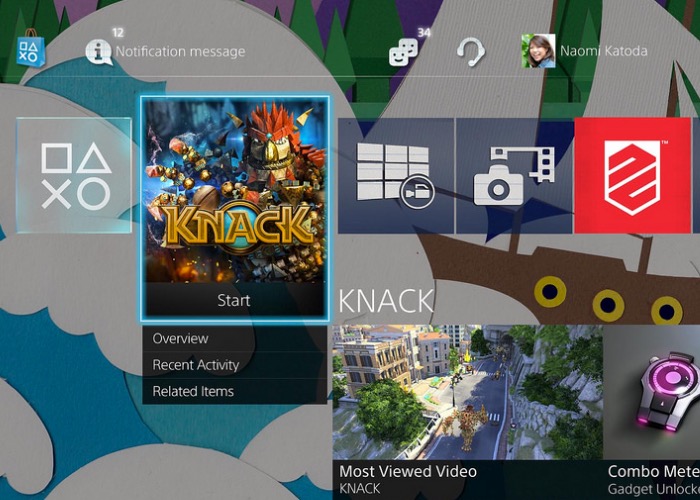 Sony has this week unveiled more details about their upcoming new PlayStation 4 update 2.0 codenamed Masamune, that brings with it a number of new features, enhancements and performance tweaks for PS4 users to enjoy.

One of the new features included in the upcoming PlayStation 4 update 2.0 allows owners to play music from USB sticks, enabling them to select music from the external storage, that supports MP3, MP4, M4A and 3GP audio files.

Other new features in the latest PlayStation 4 system 2.0 update include enhancements to Live Broadcasting via the Live From PlayStation app. That will enable PS4 owners to select a Featured channel, which includes official broadcasts from PlayStation, broadcasts from people on a players friend list, and any game channel that the player has followed, explains Sony.

– Content Area and Library: PS4’s Content Area, which shows the latest games and apps a PS4 owner has used, has been redesigned to help make it easier to quickly find and access content. It now shows 15 of a player’s most used apps or games, and additional items will be added to a player’s Library. The Library on PS4 has improved filter and sort functions to help organize contented by type (game / app / TV & video), name (a – z or z – a), recently used, or install date.

– Enhanced Voice Commands: The ability to control PS4 using voice has been improved. Players can now say ‘PlayStation’ to begin commands, and ‘All Commands,’ to see a list of all voice command options available. New voice commands were added for live broadcasting, including “Start broadcast,” “End broadcast,” and “Find face.”

– Add To Library: The monthly free PlayStation Plus games will have an ‘Add to Library’ button in the PlayStation Store. This button will add a game to a PS4 owner’s library without downloading it – saving space on their hard drive.

For more information on the new PS4 update and all its new features jump over to the PlayStation Blog website for details via the link below.