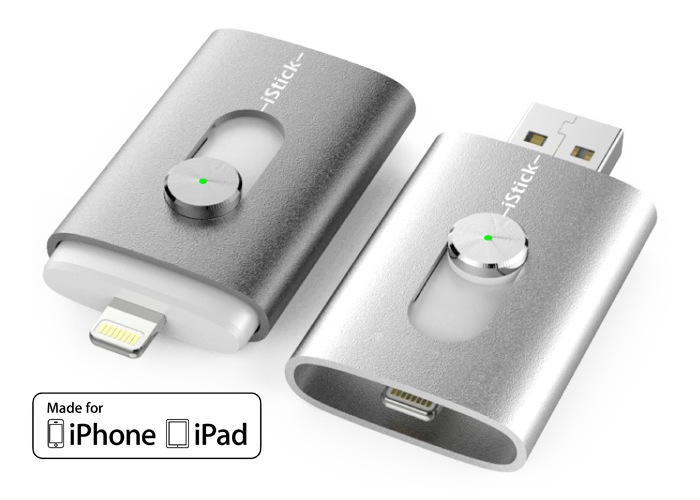 Transferring files and media between your iPhone and iPad devices has always been a little tricky especially if those files are fairly large in size. However a new iOS USB Flash Drive has been created in the form of the iStick making the process much easier and that has been specifically Made for iPhone, iPad & iPod touch devices.

The iStick has also been designed to turn an ordinary USB flash drive to a flash drive that is Apple MFi certified to work with iPhone, iPad and iPod touch. Allowing you to transfer music from the computer to an iPod touch or playback directly from the iStick. Removing the need to sync with iTunes or play back using online streaming services. It creators explain a little more:

“We all have used a USB flash drive at least once in our lives. They are great for transferring large files between computers, require minimal setup and the transfer speed is much faster than the fastest Cloud storage.

It doesn’t require the Internet to work and your data is never sent through 3rd party servers. The USB flash drive is great but it doesn’t work with your favorite Apple iDevices. Until now. Just slide the switch on the iStick to switch the USB connector to an Apple approved Lightning connector.”

The iSwitch iOS USB Flash Drive project is currently over on the Kickstarter crowd funding website looking to raise enough pledges to make the jump from concept to production. So if you think iSwitch is something you could benefit from, visit the Kickstarter website now to make a pledge and help iSwitch become a reality.