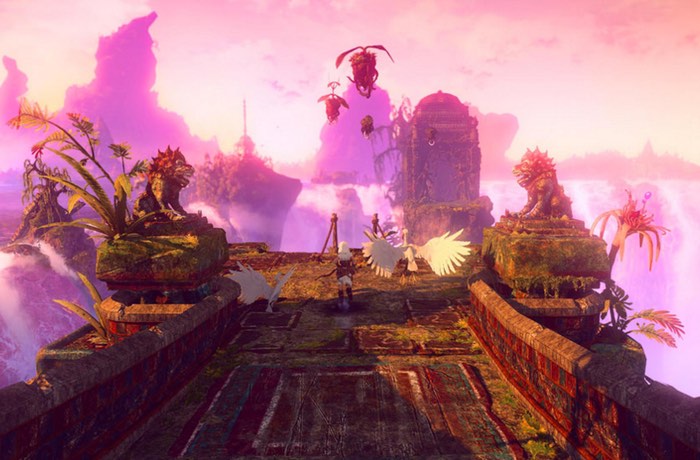 PlayStation 4 gamers might be pleased to learn that Trine 3: The Artifacts of Power will be arriving on the platform later this month on December 22nd, 2016.

The third game in the series and provides a 3D platforming game set in a beautiful fantasy world that supports stereoscopic 3D for those gamers that use 3D TVs.

Features of Trine 3 include :

Trine 3: The Artifacts of Power is a 3D platforming game set in a beautiful fantasy world of vivid colors, and is also a mixture of puzzles, adventure, and action. You’re playing with three distinct characters: a Wizard specialized in conjuring boxes and levitation, a stout-hearted Knight with powerful fighting abilities, and an elusive Thief who excels at fighting from afar with her bow and overcoming obstacles with her grappling hook. Each character will help you in different ways on your and action-packed journey.