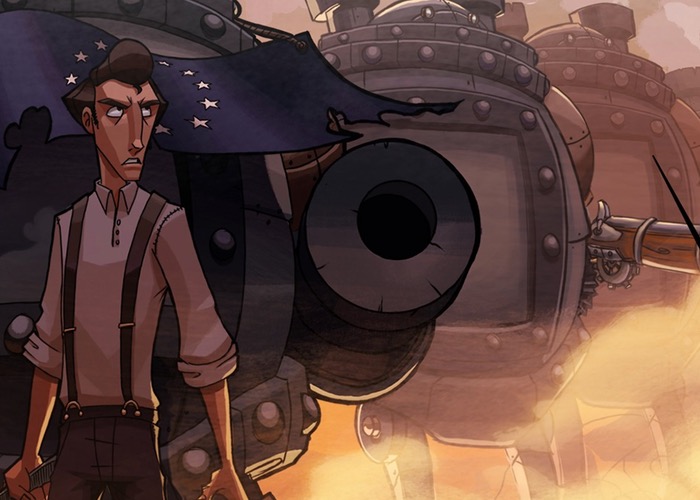 As expected and previously announced Ironclad Tactics will this week in making its arrival on Sony’s next-generation PlayStation 4 later this week.

From tomorrow Ironclad Tactics will be available for the first time to purchase and download on the PlayStation 4 for $14.99 and comes supplied with all the available add-on campaigns as a free package bonus.

Also if you’re a PS Plus member, you’ll also revive a 20 percent discount if you grab the game in the first week, explains Sony over on their blog. Watch the brief gameplay trailer below to see a brief glimpse of what you can expect from the game and its content. Ironclad Tactics is a fast-paced, card-based tactics game set in the American Civil War and includes robots.

“Although it’s reminiscent of the tactics games and collectible card games that we’re all familiar with, we’ve done a lot to make it fast-paced, streamlined, and completely free from the micro-transactions that seem to plague digital card games lately. It’s also completely co-op enabled, allowing you to switch between playing solo or with a friend over the internet with ease.

The game incorporates elements of collectible card games, whereby the player constructs a deck of cards earned from previous matches for the deployment, outfitting, and tactics of human and ironclad tropes to achieve specific victory conditions. The game features single player and co-operative multiplayer campaign modes as well as skirmishes between two players. ”