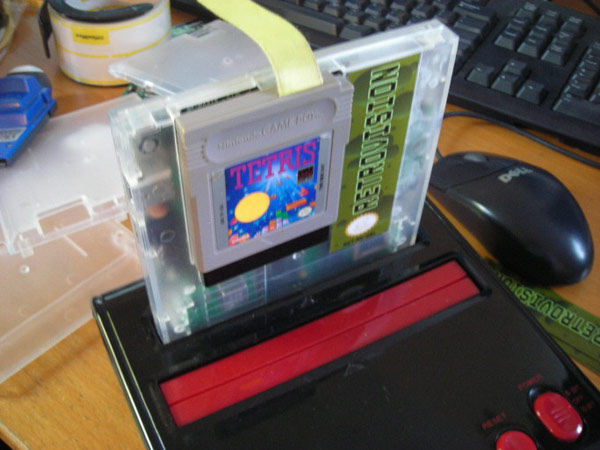 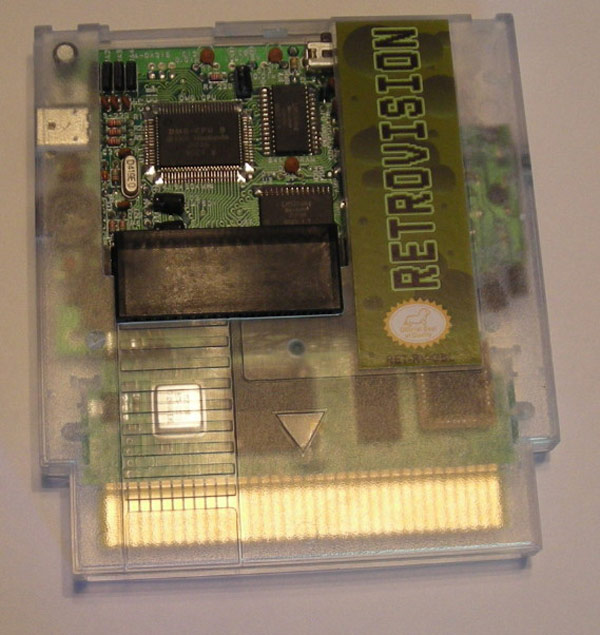 This is basically the Super GameBoy, without the Super part.  The guts of an original GB are transplanted into a NES cart.  My incredibly amazing custom board then translates the GB graphics into NES format, and the NES controller to GB format.  The original link port is accessible, so you can connect another GB or RetroVision or plug in the printer.
If you want one you can find out more details over at the Nintendo Age Forums, it looks like they are going for $130 each and they are made to order.
via Walyou
Filed Under: Gaming News, Geeky Stuff