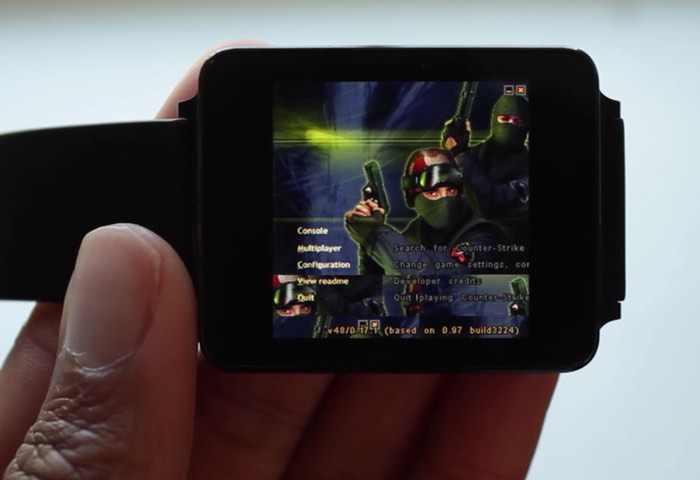 Counter-Strike players who would like to test their skills to the ultimate challenge might be interested in this awesome demonstration of a way to play Counter-Strike on an Android Wear smartwatch, if your fingers are small enough.

Dave Bennett has published a quick demonstration video via YouTube of how he has been able to get the Counter-Strike first-person shooter (FPS) video game running on his wrist worn Android Wear smartwatch.

Bennett has also published full instructions on how to be able to get your Android Wear devices up and running on Android, follow the link below to learn more about what to do.

How would you like to play one of the most popular PC games of all time on your Android device? So, maybe playing Half-Life 2 and Team-Fortress classic on Android isn’t cool enough for you. Well, how about Counter Strike on Android? Of course, this isn’t going to be the latest Counter Strike Global Offensive with the Source Engine. It’s going to be the old school original counter strike from the late 90s.

This is all possible thanks to an app called Xash3D. It uses the SDL library that allows you to do some really cool emulation such as running Windows 95 on your device. Overall, the performance offered from this app is amazing. Interestingly enough, there are a couple of servers still running for the original counter strike, so you can play multiplayer with this.