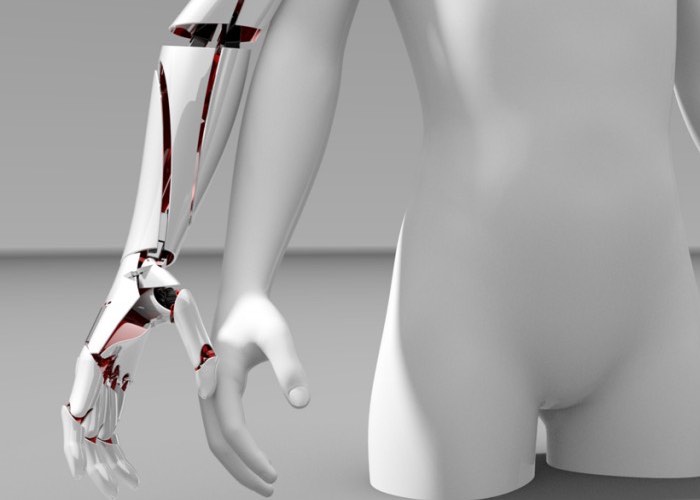 Youbionic has announced plans to create 3D printed Bionic Exo-Arms and expands on their bionic hand that has been in development for a number of years and can be seen in action in the video below.

The designs for the bionic limbs originally started as a CAD models but have now become a working physical prototype that can flex using electrical impulses triggered by a user’s muscles.

Youbionic has also started planning the next project that will replace the arms or augment movement of them. Federico Ciccarese founder of Youbionic explained in an interview.

The first experiments on the prototype proved excellent. We validated our initial idea that material deformation is necessary in order to optimize the hand’s movements. The mechanical intuition that we derived from a direct observation of muscular fibers have provided us with the necessary elements to design the entire bionic hand.

Now that the design and the choice of electronic components have been established, we can proceed to the next phase of development. What we want to obtain by the end of the year is wearable product that may satisfy our project’s requirements and stand the first lab tests. Youbionic devices will turn you into an person able to perform movements in sync impossible for a traditional man.

Even though the company has this week announced plans for their bionic arms, the company is continuing to develop its bionic hand designs. As more pieces of the development are revealed we will keep you updated.