After being in its beta development stage for a number of months SOE has now launched their new Planetside 2 MMO FPS on schedule, allowing thousands of players to battle in an ongoing struggle for dominance.

Planetside 2 is the followup to Planetside which originally launched in 2003, and builds on the core features of the first game, enabling thousands of players in outfits and platoons to battle across three continents using, tanks, infantry, planes and tactics. Watch the trailer after the jump to see it in action. 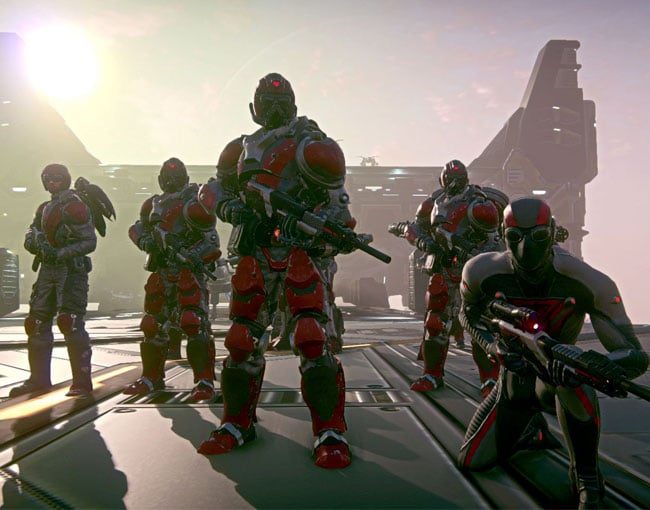 “PlanetSide 2 sets the new standard for shooters,” said John Smedley, President of Sony Online Entertainment. “With thousands of players fighting simultaneously across several beautiful, massive continents, the size and intensity of PlanetSide 2 has no equal. You’ve never played anything like it.”

“We set out to create a massive, unprecedented game, and we succeeded. PlanetSide 2 will break records for its size and combat,” said Matt Higby, Creative Director of PlanetSide 2 at Sony Online Entertainment. “Now, it’s the players’ turn to make history. The war stories of brutal combat, acts of valor, casualties and victories from beta testing have been epic. But, the slate is clean, and the game has launched. It’s time to create legends.”

Jump over to the Planetside 2 website now to join the battle, and for more details of the new free to play game.