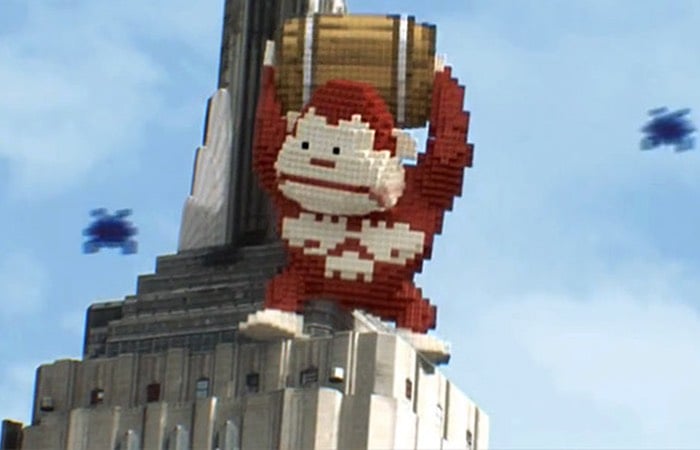 This week an new trailer has been released providing a further glimpse at the comedy and what you can expect from the storyline, that takes the form of an invasion by video game characters.

“This summer, it’s game on or game over! When aliens misinterpret video feeds of classic arcade games as a declaration of war, they attack the Earth in the form of the video games. Watch as the arcaders

In 1982, in the hopes of establishing peaceful communication with extraterrestrial life, NASA launches a time capsule into outer space containing images and footage of Earth life and culture. However, aliens misinterpret enclosed video-feeds of classic arcade games as a declaration of war, specifically Pac-Man, with the Earth being him, and the aliens being the ghosts.“