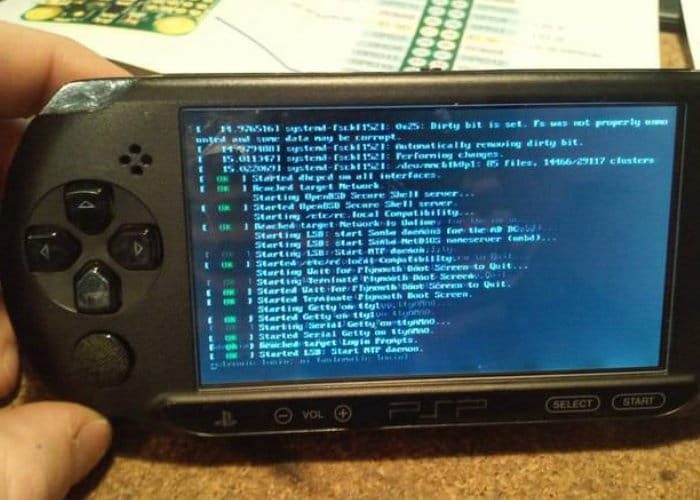 If you have an old Sony PSP lying around gathering dust you may be interested in a new hack which fits the miniature Raspberry Pi Zero mini PC into the case of the Sony handheld games console. Check out the video below to learn more about the project and see it in action. It’s creator Drygol, explains more about the inspiration behind the project and provides full instructions and loads more photos available by following the link below.

“I had two Sony PSP handhelds and both were broken in some way. My idea for this project was to use PSPs case and put RPI Zero inside along with all other parts that would form a fully functional retro platform. Obviously, I wanted to use awesome RetroPie as in previous projects. One of PSPs mainboards had shorted chips after some sort of liquid spillage. Initial hardware tests. I’ve actually taken some parts out of 7″ RetroBlade that I’ve created some time ago but I simply didn’t like it so it had to go :D.”

For more details and full instructions on how to create your very own PiPS jump over to the Retro Hacks website by following the link below.