Pioneer has announced its next-generation AppRadio and the new in dash receiver has some interesting new features that users will appreciate. The new devices are in the AppRadio 3 range and feature compatibility with MirrorLink enabled smartphones. That MirrorLink capability is in addition to the existing capability to connect with multiple iPhone models and some Android handsets. 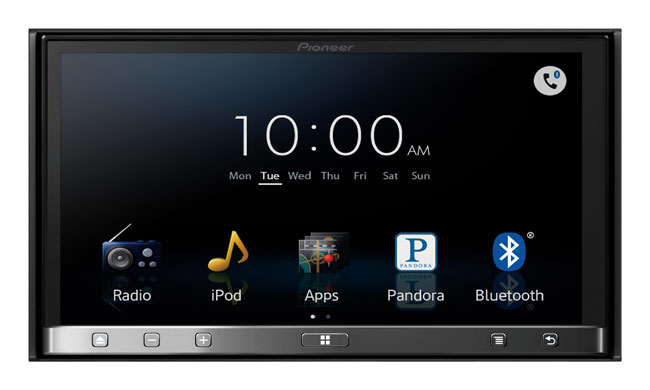 The new version of the AppRadio also gets enhanced control of smartphones and some new convenience features including Siri Eyes Free and Google Voice Recognition. The new models also get revised graphical user interfaces, Bluetooth audio streaming capability, and the SPH-DA210 model gets a built-in DVD/CD mechanism.

The new receivers offer the ability control app options using similar touch and motion gestures on the receiver’s seven-inch capacitive touchscreen. Those gesture control features are available only on compatible third-party applications. The seven-inch screen has a resolution of 800 x 480 and both units have integrated AM/FM tuners and 50 W of power over four channels. The receivers also have dual preamp outputs. The SPH-DA110 and SPH-DA210 will be available in July with prices of $399 and $499 respectively. The connectivity cables for specific smartphones cost in the range of $30-$60.