Yesterday we reported that Pinterest were going to be launching an Android App at this weeks Google I/O, we have just received an email from the PR guys at Pinterest, who have said that the app will not be launched this week.

A Pinterest spokesperson confirmed that they are working on their Android app, but they also said that the company has no plans to announce it at Google I/O, you can see the statement we received below. 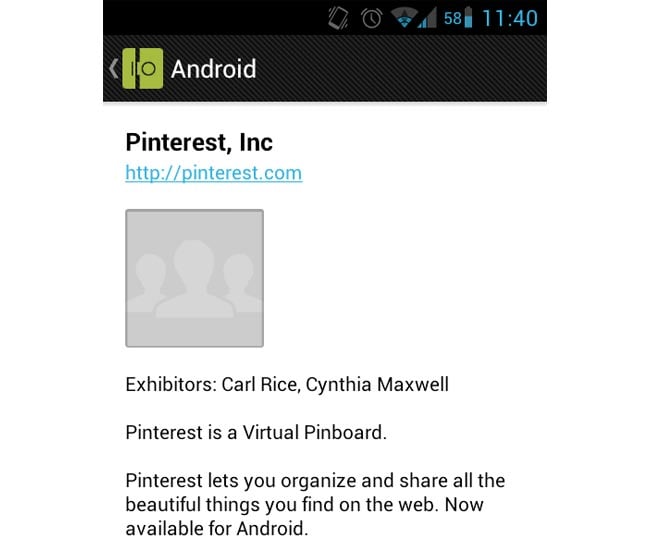 “We’re excited about the Android platform and are working hard on building a great app. However, we don’t have plans to announce anything @ I/O.”

We don’t as yet have any details on when the Pinterest application for Google’s Android platform will be available as soon as we get some more information we will let you guys know.