Google’s I/O developer conference takes place this week from the 27th to the 29th of June, and we are expecting to see a few new things from Google and also some new apps from third party developers.

It is possible that Pinterest, which has become increasingly popular over the last few months, will be launching a Pinterest Android App at this years Google I/O. 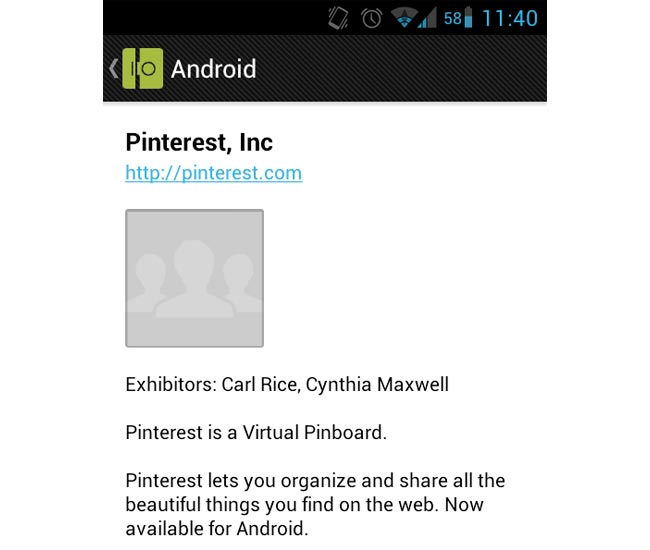 A reference to Pinterest for Android was discovered in the Google I/O app Sandbox, which means that we will probably see the app officially announced later this week.

As soon as we get some more information on when Pinterest for Android will be available and what features the app will come with we will let you guys know.