The funny thing with the pinball machine is it has enjoyed more longevity than most game consoles. In fact, the iconic arcade staple has been shrunken down to accommodate an iPhone as part of New Potato’s attempt at revitalizing the art form. 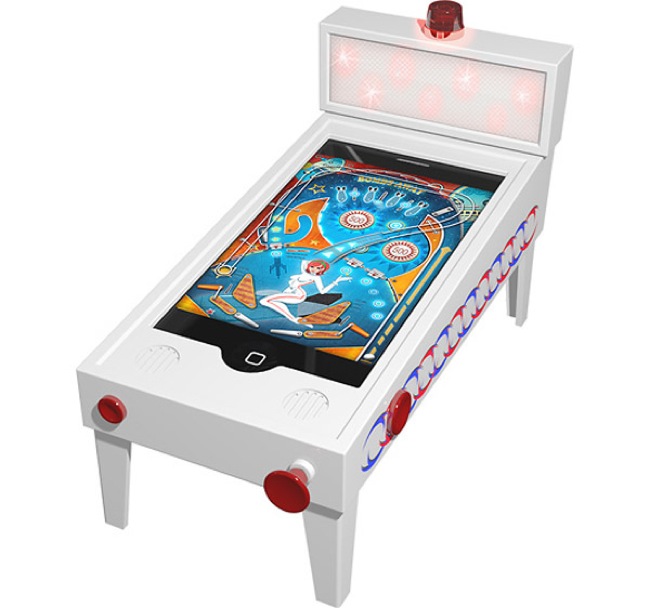 Officially dubbed Pinball Magic, this cheeky bit of gamesmanship has just been released and will no doubt cause many pinball devotees to succumb in an instant.

Best suited in conjunction with its official pinball app, Pinball Magic adds that extra touch of miniaturized realism with its foldable legs and assorted buttons. These include flippers, a ball-launching plunger and a LED black box.

For extra realism, Pinball Magic takes advantage of the iPhone’s motion sensors for those crucial tilting moves that save your game on occasion. Additional game play features include four multi-ball moves, advanced multiplayer and multi-level competition.

If your fingers are already itcing for want of some iPinball, either plop down $39.99 at New Potato’s official site or head over to Best Buy for those all-important preorders.