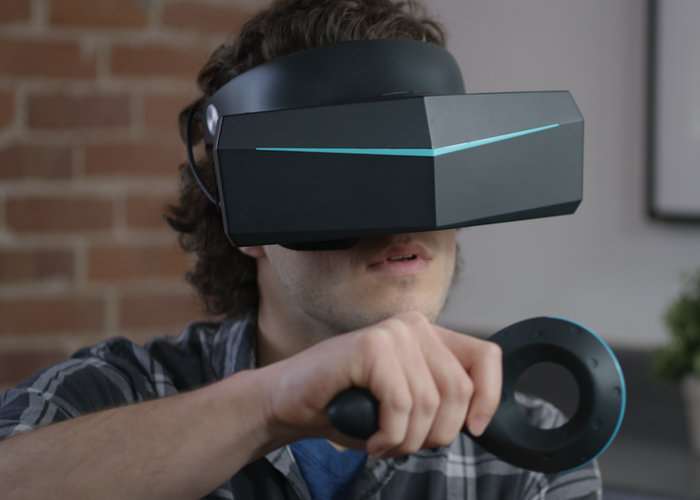 After previously being teased earlier this month, Pimax has officially launched its Kickstarter campaign to raise funds Pimax 8K, to take the world’s first 8K virtual reality headset into production.

With still 44 days remaining on its campaign, Pimax has already raised over $575,000 thanks to nearly 1000 backers, blasting past this required $200,000 pledge goal in just the first few hours after launch.

Pimax is now available to back with pledges starting from just $349 for the 5K basic headset or $499 for the 8K version. Watch the video below to learn more about the 8K VR user experience which provides peripheral vision while solving the problem of screen door effect and motion sickness, say the hardware’s developers.

Pimax 8K is a cutting edge virtual reality device designed for VR futurists. Our goal is to create an intuitive VR without the shade of the headset, and sharp enough that you won’t be disturbed by pixels.  We doubled FOV to 200 degrees, with an increased resolution to 2 x 3840×2160. Meanwhile, we have eliminated motion sickness, which is often associated with longer exposure to a virtual environment.

Pimax 8K VR has been built to support the mainstream content currently available in the market, including Steam VR, while offering the largest field-of-view (FOV) of 200° and the highest resolution (2 x 3840×2160) on any VR headset on the market with less than 15ms latency.

Jump over to the official Kickstarter campaign page via the link below for a full list of pledges and specifications. Shipping of the 8K virtual reality headsets is expected to take place during January 2018.