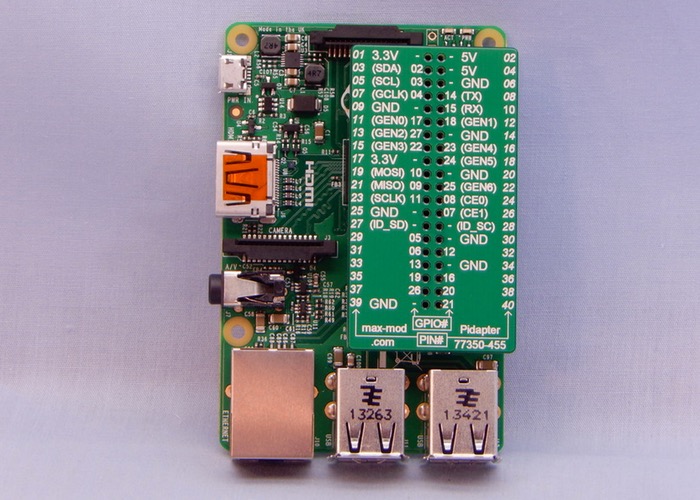 Developers, makers and hobbyists that enjoy building projects using the Raspberry Pi mini PC may be interested in a new adapter called the Pidapter that has been designed to convert the GPIO pin header on the Raspberry Pi version B+ to sockets.

Not only does the Pidapter adapter convert to the Raspberry Pi B+ pins two sockets it also provides handy port pin descriptions to make sure all your connections are in the right places with ease.

The Pidapter consists of a pair of surface mount 40 position socket connectors on one side of the circuit board and a strip of silicon rubber over one connector. Watch the video below to lean more from its creator.

“The Pidapter adapter doesn’t not block the camera port or the display port. All the pin numbers, port numbers, and functions are displayed with relatively large characters.  There is plenty of clearance between the circuit board and the ICs on the Pi so it doesn’t interfere with cooling.”

The Pidapter adapter project is currently over on the Kickstarter crowd funding website looking to raise just $1,700 in pledges to make the jump from concept to production.