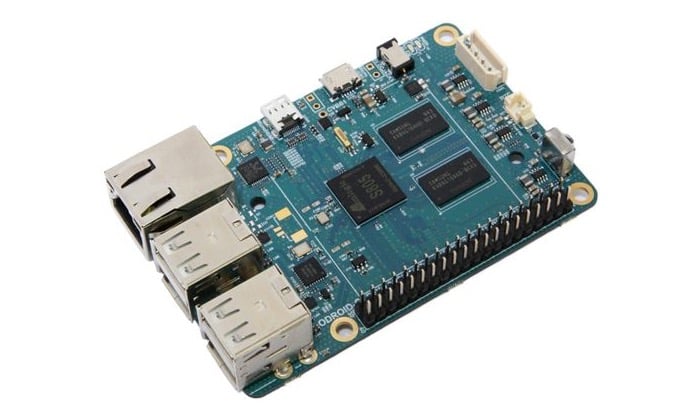 Makers, hobbyists and developers that are looking for a quad core mini PC to help develop their projects may be interested in the new Hardkernel ODROID-C1.

The Hardkernel’s ODROID-C1 is a single board mini PC similar to the Raspberry Pi but with a faster CPU. Being powered by a 1.5 GHz Amlogic S805 ARM Cortex-A5 quad-core CPU based on ARMv7 architecture supported by 1GB of RAM.

Other features of the Hardkernel’s ODROID-C1 quad core mini PC include support for a microSD card and eMMC 4.5 flash storage as well as 40 GPIO pins, with graphics processing carried out by a ARM Mali-450 MP2 GPU.

Connectivity wise the ODROID-C1 is fitted with a Gigabit Ethernet, 3 x USB 2.0, 1 x micro USB port, 1 x micro HDMI port together with an infrared receiver. Watch the video below to learn more about the quad core mini PCs performance thanks to the ODroid team. Who show the ODROID-C1 running Ubuntu 14.04 with support for OpenGL ES 2.0 graphics.

The ODroid-C1 mini PC measures roughly 3.35 x 2.2 inches in size and weighs around 1.4 ounces and is capable of running a variety of operating systems including XBMC, Ubuntu and the Chromium web browser.