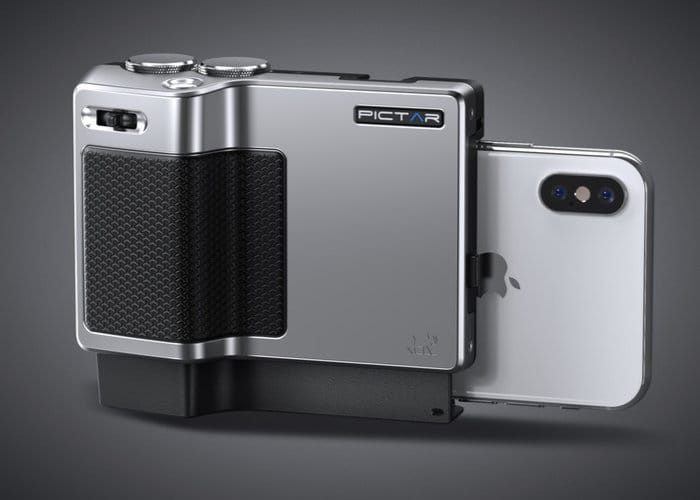 Smartphone photographers looking for more control and advanced features when recording video and capturing photographs may be interested in a new smartphone accessory called the Pictar Pro, which has been specifically created to transform your smartphone into a DSLR camera. “The new Pictar Pro doesn’t just make your phone feel like a real camera- it enables you to add dozens of features and controls”

Watch the demonstration video below to learn more about the new smartphone camera accessory designed to bridge the gap between DSLR and smartphone cameras. Which is now available to back via Kickstarter and has already raised over $129,000 thanks to over 800 backers with still 44 days remaining on its campaign.

“From the magazines to Instagram, more and more photographers are using smartphones as their primary cameras. And with good reason: today’s smartphone cameras really are that awesome. Problem is, phones are made for the mass public, and so, they’re limited on the advanced features that give you more control. Pictar Pro bridges the gap between a phone’s power and camera’s usability with a wide set of physical controls and software features. The cherry on top is the phenomenal user experience: a pleasure-to-touch polished metal grip and an unmatched front-loaded intuitive user interface.”

For more information and full specifications jump over to the official Pictar Pro Kickstarter campaign page by following the link below. Pledges are available from $129 or roughly £98 and worldwide shipping will take place during March 2019.