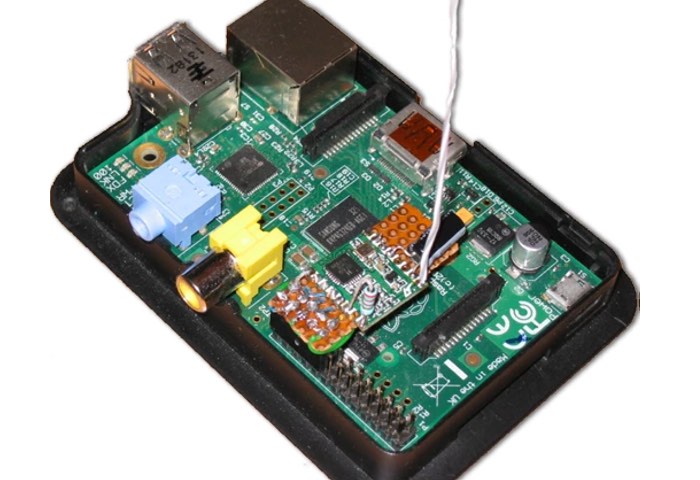 Marcus Wolf has unveiled a new Raspberry Pi radio module he has created called the Pi433 which can be utilised for a wide variety of different purposes such as communication between two Raspberry Pi mini PCs or to provide communication to other systems.

The Raspberry Pi compatible radio module can also be used to control your own hardware using 433MHz radio as well as receive data from radio thermometers and radio smoke detectors, says Wolf. The module requires no soldering and there are no flying wires and the board is compatible with Raspberry Pi A, A+, B, B+ and the Raspberry Pi 2.

Watch the video below to learn more about this new Raspberry Pi radio module which has taken to Kickstarter to raise the required €5,000 to go into production. Its creator Marcus Wolf explains more about his design and features :

While looking for an opportunity to send telegrams with a 433 MHz radio on raspberry pi, I found several solutions on the internet, telling me to connect a simple 433 MHz radio module with some wires to the raspberry. I couldn’t find a module capable to be directly plugged onto the GPIO pins of the raspberry.

In addition to the slacky connection with the wires, I didn’t like the simple modules for some more reasons: there is no intelligence on the module so the raspberry needs to do the timing of the bits of each telegram. Since I intend to have an operating system running on the raspberry maybe doing some multimedia stuff in parallel, there will never be a jitter free timing. Supplementary the simple modules aren’t capable to receive telegrams. The RFM69 from HopeRF will solve all these problems and will provide:

Jump over to the Kickstarter crowdfunding website to make a pledge from just €10 for early bird backers and ensure you are one of the very first to get your hands on one.