Here is something fun that is bound to add some geeky style to your geeky apartment or house, the Pi Shower Curtain. 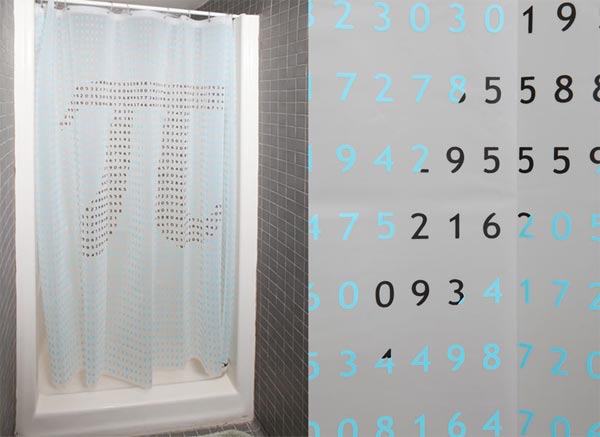 If you asked Sheldon to recite the first 100 digits of pi, he wouldn’t. Not because he was unable, rather because he believes 100 digits is an unacceptably small level of precision suitable only for urban engineering and baked goods. He would, instead, direct you into his bathroom shower where, displayed proudly, approximately 4,600 digits of pie make up the masking pattern on his shower curtain.

If you want one the Pi Shower Curtain is available for $29.,99 from Think Geek.