Phillips new GoGear Connect Android-based PMP is now official and will be making an appearance at the IFA 2010 this week.

Marketed as the first Wifi enabled MP4 player to offer a full Android experience it has a 3.2-inch screen and the ability to store up to 3,600 tracks, and 4,000 photos on its 16GB of internal memory. 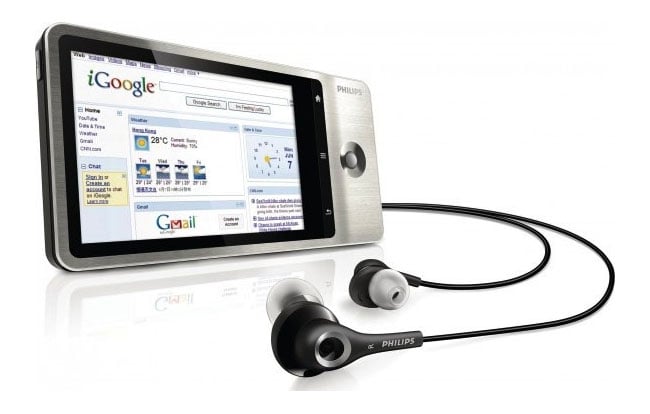 It also has an FM radio, microSD card slot for increasing your storage if needed a has a built in camera. (no detail have been released as yet to the camera specifications)

The GoGear connect weighs just 128 grams and measures a pocket sized 113×12.6×59 mm and is capable of 25 hours of music playback and 5 hours of video playback from a single charge.

The Phillips GoGear Connect Android will be arriving in October for $315 for the 16GB version and will be available in Western Europe, China, and  the US.

You can read Phillips full press release on their website. Have a look and our article on Android vs iPhone to see which smartphone and mobile platform is best for you.