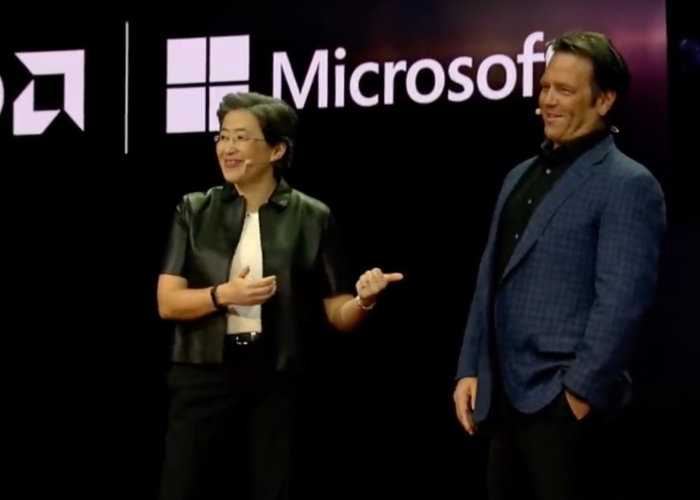 Following on from previous rumours at CES 2019 this week the executive vice-president of Gaming at Microsoft Phil Spencer has confirmed that Microsoft will partnership with AMD for “future platforms”. The news was made during the AMD CES 2019 press conference during which AMD unveiled its third generation Ryzen desktop processors and new Radeon VII graphics card. The news of the AMD, Microsoft partnership was confirmed During Dr. Lisa Su’s opening keynote. Check out the full presentation in the video embedded below.

“As a company, we look at the opportunity in gaming and one of the things I want to say is when we think who our partners are, we think about great companies that do great work, but also do it in the right way. You’re somebody that I respected a ton in this industry and I’ve seen the way you’ve led AMD, and I think having a partner like AMD that works so collaboratively with us on our future technology, but also as a cultural level I think fits so well, it’s awesome to have you as a partner.

As we look forward to future platforms that we’re building and work that we’re doing, the partnership and the innovations that we’ve seen in the past have led to what we’ve been able to do today, I think they’re going to be critically important to our future endeavors. I’m really looking forward to showing those to people more in the future.”

It has been rumoured for some time that AMD technology would power the next Microsoft console, but now Microsoft has officially confirmed its plans. As soon as more information is made available we will keep you up-to-date as always.